TIFF Recap: These Movies are Filmed and Based in Toronto and Here’s Why You Need to Watch Them 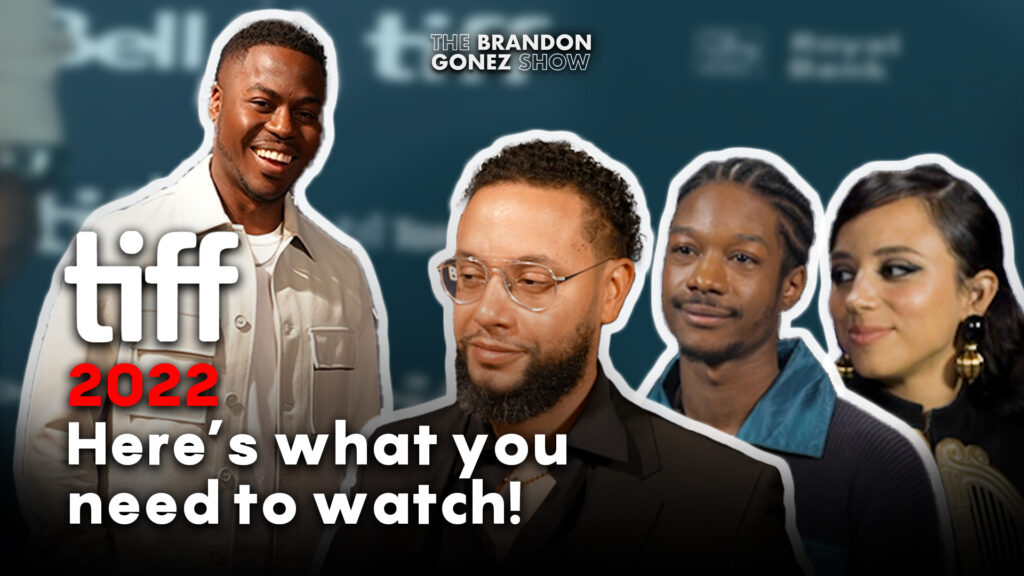 TORONTO – The Toronto International Film Festival (TIFF) was back with a vengeance after a long pandemic hiatus. Like every other post-COVID event in our city, it was bigger, better, bolder and maybe even louder than ever before. From Viola Davis to Oprah to Harry Styles, some of the biggest stars in the world graced our city over the last two weeks! We also had the premier of some incredible films that were made right here in Toronto, so you know we had to head down and scope out the situation.

Brandon had the opportunity to sit down with stars Lamar Johnson and Aaron Pierre of the new film Brother, which was filmed in Scarborough. The movie tells the story of two Jamaican-Canadian brothers from Scarborough whose lives were forever changed by a violent tragedy. It’s a coming-of-age story about finding Black boy joy in the midst of struggle.

The stars say that they were excited to be able to film this movie in Scarborough, and the importance of that is not lost on them.

“I’m from Scarborough so I absolutely know the significance to this moment, it’s quite momentous and full circle for me,” Johnson shared.

TIFF: Brother, the Importance of Representation

“It was definitely something that automatically pulled me towards the story and immediately engaged me. I think representation is important, and for really young Black boys, not specifically even just from Scarborough, but around the world, for them to be able to see an experience that is similar to their own is very very important,” he continued.

Hailing from South London, Aaron Pierre says that filming in Toronto has shown him the similarities between the experience of young Black Brits and their Canadian counterparts.

“There are a number of parallels between the slang we use, the language we use, and the language you use here,” Pierre explained.

BG also hit the red carpet to speak with Director X, as well as director Karen Chapman and producer Sara Basso about their new short documentary “Quiet Minds Silent Streets”. The doc focuses on the GTA community of Malton, which has been plagued by gun violence. The community turned to an unlikely solution, mindfulness, and meditation.

“This is something that really started as a passion project with a community group of youth that allowed us into their story,” shared Basso, a long-time friend of Director X.

“Back at the end of 2008, we started an organization called ‘Operation Prefrontal Cortex’ both knowing each other as filmmakers but seeing that there was a problem with gun violence in the city and recognizing that there was an answer through mindfulness and meditation,” Basso continued.

In 2019, Malton experienced a mass shooting that killed one young man, Johnathan Davis,  and left several others injured. Basso says that a teacher showed Director X’s TedTalk about meditation to students who were struggling with the murder of Johnathan Davis to see if they would respond to the concept. When she found they did, the teacher reached out to their team.

“We recognized that there was a special story here that we wanted to share with the world, that this can be the change,” Basso shared.

Karen Chapman shared that it was an honour to direct this project.

“I felt like it’s a sense of duty for me to be a vessel. This community has their own story and if I can help in any way. You just hear people talk about Johnathan and you realize that the world lost something, and the magnitude of that, so many people are hurt,” Chapman shared.

“Without the tools of how to respond to something like this, they hear a firecracker and it will set them off, or loud noises, or crying on the subway. So meditation is a really simple, really really really accessible thing. We all have breath, right? So if we were to return to it maybe just maybe we would find some type of solace,” Chapman continued, adding that she is incredibly proud of the youth involved in this story.

“I’m happy to see the message reaching people, and to have this short film in TIFF there is some prestige to that,” shared Director X, adding that he hopes people will be motivated to consider meditation as an end to gun violence.

Johnathan Davis’ mother attended the premier of the film at TIFF, and X says that he can’t speak to how he hopes Davis’ mother will feel.

“There’s nothing that makes that work, you know? But his friends remember him, and he’s a vital part of changing their lives and hopefully many more with this practice,” X shared.

“This really is the ability to control your anger and deal with your nerves, the ability to stay calm and stay present is life-changing. It’s a fork in the road for a lot of us,” X continued.

Brandon had the opportunity to sit down with other actors from “Brother” to discuss the importance of the film and dug even deeper into the inspiration behind “Quiet Minds” on this episode of The Brandon Gonez Show.