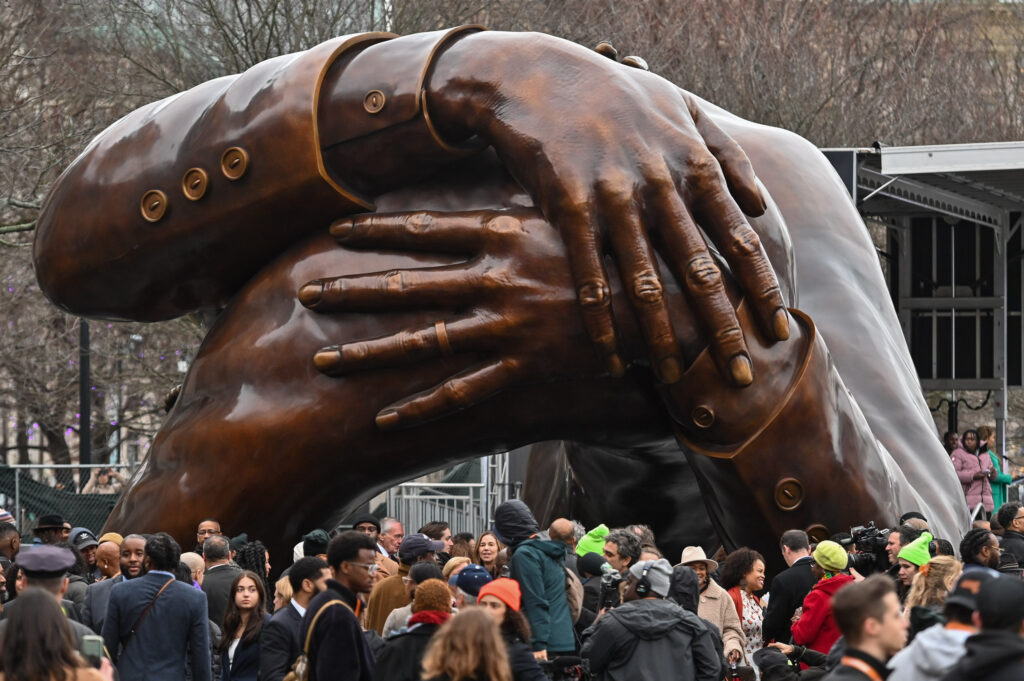 BOSTON, U.S. – It’s Martin Luther King Jr. Day, and a new statue erected in Boston to honour MLK is not getting a very warm welcome. The statue was inspired by a photo of King and his wife, Coretta, after his 1964 Nobel Prize Win.

“This work is really about the capacity for each of us to be enveloped in love, and I feel enveloped in love every time I hear the names and see the faces of Dr. King and Coretta Scott King,” the sculptor behind the new installation, Hank Willis Thomas, told the Boston Globe.

However, the new artwork has been compared to everything from a “penis” to human excrement and has become the center of many jokes.

“…I’m just gonna assume they didn’t have the funds to sculpt their shoulders and heads,” said one person on Twitter.

“[It] honestly feels disrespectful to MLK that this is the statue they decided to go with.”

“Yeah, they probably should have sculpted Dr. and Mrs. Kings’ heads and torsos to give the real effect of the embrace this is based on. Everything shouldn’t be abstract or up for interpretation,” added another.

While some people have been quick to make suggestions on how they feel the tribute could have been better executed.

“So what we probably need to do here is some kind of Hologram/Augmented Reality supplement to, um, compliment the MLK statue, and ensure all viewers know what’s going on,” said one person.

Meantime, other social media users have theories about the design of the statue.

“Pretty sure that MLK statue is intentionally bad to be used as a tourist trap. The man, and that moment in time, deserves respect, and that statue is making a mockery of it. Melt it down,” tweeted one person.

But some have defended the new installation, saying that most people are just viewing the structure from the wrong angle.

“I wish y’all could be adults about the MLK statue. Y’all are choosing to use that angle to make inappropriate jokes and be disrespectful,” one person said in defense of the artwork.

“Probably Unpopular Opinion: I respect the choice and artistry of the MLK statue.

Maybe it didn’t stick its landing (I would have to physically be in the space to know for sure), but I appreciate when artists explore presentation and take big swings,” tweeted another fan.

Let us know in the comments, how do you feel about the new MLK Jr. tribute?