Apple Reveals New Smartwatches and iPhones that are Coming Soon! 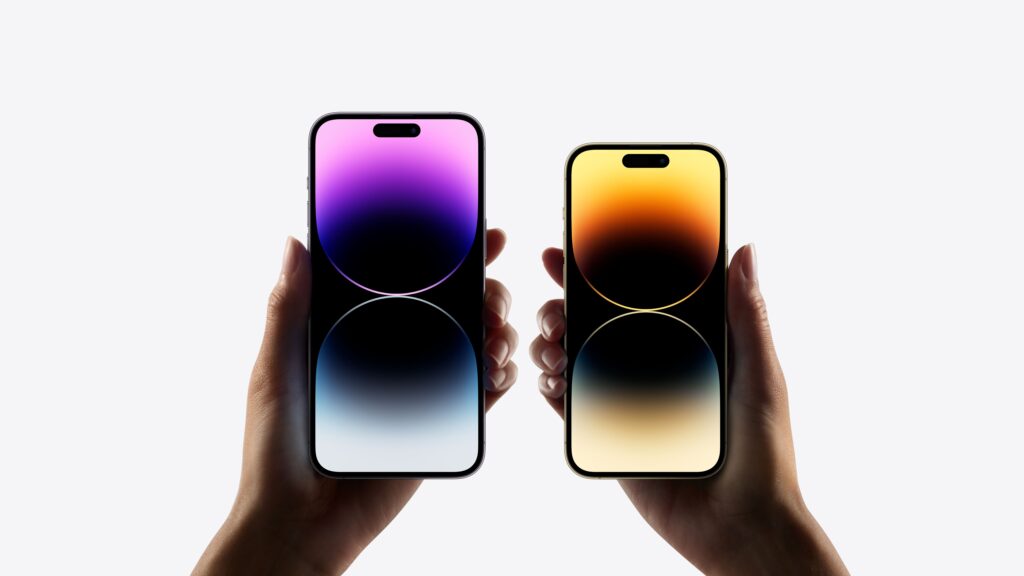 CALIFORNIA – Apple has announced some new products that will be available soon, including various smartwatches and iPhones.

Two of the new watches include the latest Apple Watch, the Series 8, while the company also introduced the brand new Apple Watch SE. According to a press release the new devices bring “groundbreaking technology and performance, and important safety innovations to the two best-selling smartwatches”.

Meantime the Apple Watch SE has all of the “core” Apple Watch features including activity tracking, high and low heart rate notifications, and Emergency SOS, as well as the new Crash Detection feature at a lower price.

According to the release both models are powered by watchOS 9 and have an enhanced Workout app, sleep stages, a first-of-its-kind AFib History feature, and an all-new Medications app.

Apple also announced the release of the Apple Watch Ultra, a new watch that “brings a new bold design and a wide range of features built for endurance, exploration, and adventure,” according to the company.

The Apple Watch Ultra reportedly boasts the biggest and brightest Apple Watch display so far and includes a customizable “action button” that offers the wearer access to various features. The Ultra also has a battery that can last up to 36 hours and has a new low-power mode that can stretch battery life to 60 hours.

The new watch also features new bands, including the Trail Loop, Alpine Loop, and Ocean Band. According to Apple, the new bands offer “unique design features that provide a secure and comfortable fit for every adventure”.

“Inspired by explorers and athletes from around the world, we created an entirely new category of Apple Watch designed for new and extreme environments — it’s the most rugged and capable Apple Watch yet,” said Jeff Williams, Apple’s chief operating officer in a press release.

The tech giant has also announced a series of new iPhones. This includes the iPhone 14 and the iPhone 14 Plus. The iPhone 14 will come in at 6.1 inches, while the Plus version will be 6.7 inches.

The new phones feature “a sophisticated design with impressive camera upgrades and groundbreaking new safety capabilities,” according to a release. While the company says both phones will take stunning photos and video using a “powerful camera system featuring new Main and front TrueDepth cameras, the Ultra Wide camera for unique perspectives, and Photonic Engine — an enhanced image pipeline”.

The phones also include the new Crash Detection safety features as well as Emergency SOS via satellite, a first in the industry.

The cameras on the new pro phones are set to be pretty impressive as well!

“Powered by A16 Bionic, the fastest chip ever in a smartphone, iPhone 14 Pro introduces a new class of pro camera system, with the first-ever 48MP Main camera on iPhone featuring a quad-pixel sensor, and Photonic Engine, an enhanced image pipeline that dramatically improves low-light photos,” reads a release.

They also include new emergency features like Emergency SOS via satellite and Crash Detection. Plus, a bonus for fashion-forward tech lovers, the iPhone 14 Pro and iPhone 14 Pro Max will be available in four new colours: deep purple, silver, gold, and space black.

“Our customers count on their iPhone every day, and with iPhone 14 Pro and iPhone 14 Pro Max, we’re delivering more advancements than any other iPhone. iPhone 14 Pro introduces a camera system that empowers every user — from the casual user to the professional — to take their best photos and video, and innovative new technologies like the Always-On display and the Dynamic Island, which offers new interactions for notifications and activities,” said Greg Joswiak, Apple’s senior vice president of Worldwide Marketing.