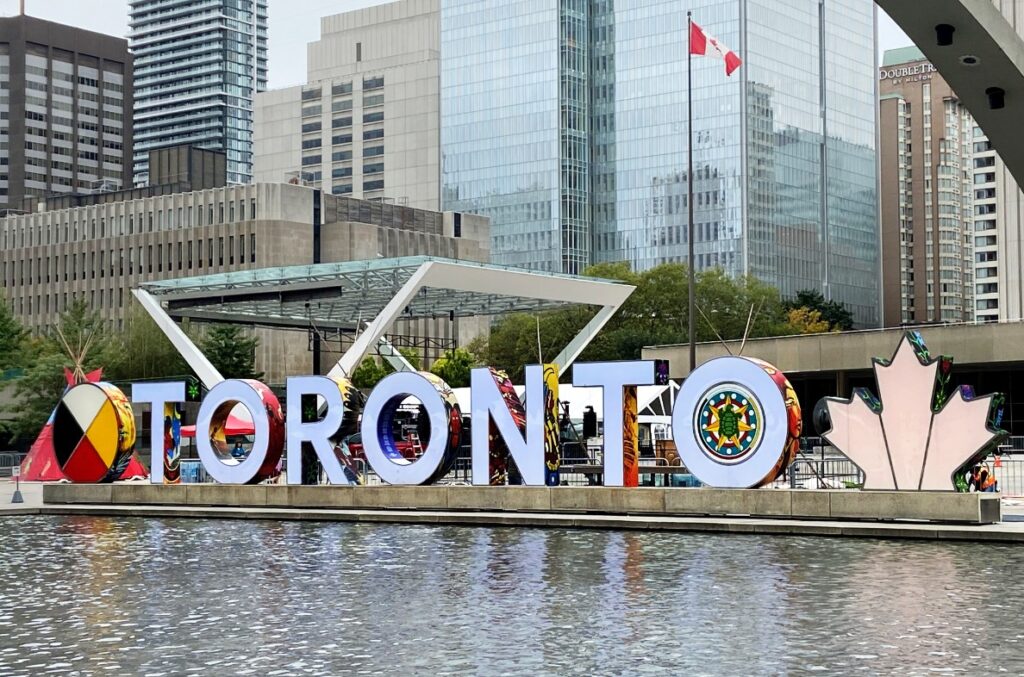 Photo Courtesy of City of Toronto

TORONTO – September 30th is the National Day for Truth and Reconciliation in Canada. To mark the occasion, the City of Toronto recently decked out the Toronto sign at Nathan Phillips Square in a new vinyl wrap designed by artist Joseph Sagaj.

“The new wrap was created in recognition of UNESCO’s International Decade of Indigenous Languages (2022 to 2032), which focuses on the rights of Indigenous language speakers worldwide,” reads a release from the city.

While many people were commenting about the beauty of the new wrap, others called it performative, adding that the money spent on the new design could have been spent on more effective Truth and Reconciliation efforts.

Toronto Reacts to the New Wrap

“We should honour people by our works, not by our imagery. Let’s start with clean drinking water for our Indigenous communities,” tweeted out one person.

“Yeah they don’t have priorities. People can’t afford to eat and they are busy spending money changing colours,” wrote another.

“Nothing more than a literal virtue signal,” posted a third.

How Much Did the Wrap Cost?

The BG Show & News You Can Use team reached out to the City of Toronto to find out how much the new design cost the city, and how much Toronto is dedicating toward true reconciliation efforts in 2022.

“The cost of the new vinyl wrap is $36,286, which includes artist and graphic designer fees, as well as installation costs. The wrap on the sign is changed approximately every 12 – 18 months and is budgeted for on an annual basis,” a city spokesperson said in a statement to The Brandon Gonez Show.

“For 2022, a total of approximately $3.42 million was approved to support the implementation of the Reconciliation Action Plan. Divisional work plans to implement the Reconciliation Action Plan will include a mix of initiatives that can be completed within existing resources and others that require new investments. New resources will be sought through the City’s budget process on an annual basis,” they continued.

Let us know in the comments, how do you feel?

Read More »
PrevPreviousTruth & Reconciliation: This is Why We Wear Orange on September 30th
NextCanada’s Queen of Daytime TV, Tracy Moore!Next
On Key