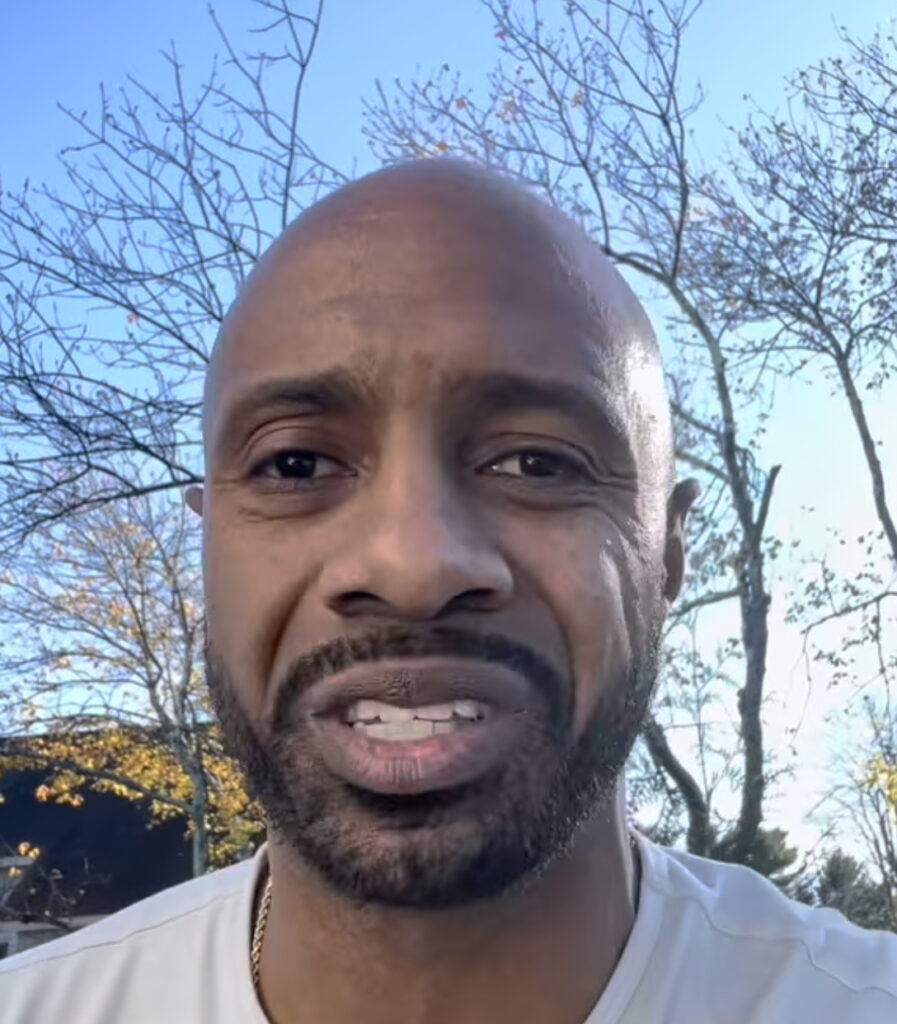 BROOKLYN – ESPN personality Jay Williams is speaking out, sharing his opinion on Kyrie Irving’s suspension from the NBA.

On Thursday, the Brooklyn Nets banned Kyrie for at least five games without pay after he refused to “say he had no antisemitic beliefs.”

Kyrie said that he embraced all religions,  defending his right to post whatever he believes after the owner of the Brooklyn Nets said he was disappointed that Irving appeared to back an “antisemitic film.”

Jay Williams took to social media to share how he felt about the action taken against Irving.

“Every day of my life I approach it with a state of empathy, right? Regardless of what colour, what creed, what race you are, I look at people as human beings. I think that’s important,” Williams shared, adding that life is always about taking a stand and holding principals, and he wanted to share his stance as a Black man on the Irving situation.

“When I hear what Kyrie Irving has to go through in order to be reinstated, I’m appalled. I’m appalled, and let me give you examples of how I feel like we don’t have the same energy and hold other people who have dealt with racial tropes accountable,” he continued.

Williams went on to point out other examples of celebrities who have done culturally offensive things and received little to no backlash for it.

“When Sarah Silverman does Blackface, or when Don Imus says ‘nappy-headed hoes’, or when Howard Stern calls someone the n-word in a skit, or when Brett Farve takes money from the state of Mississippi , we don’t ask them to get sensitivity training. We don’t ask them to donate $500,000. We don’t ask them to meet with the Black National Caucas. They apologize, and then you know what? The rest of the world moves on,” Williams explained, adding that Black people have been told that that is how the apology process works by society.

“We don’t like it, we would love to hold them accountable, but society not having a lot of Black people in positions of power, we don’t have the governed ability to do that,” he explained.

“But what we feel like happens with Kyrie, even after an apology, it’s not enough. We feel like there needs to be more,” Williams continued.

But after speaking with his mentors, Williams says they see the situation as “buck breaking”.

“When there was a slave that was defiant he got broken in front of everyone to show that he was not in a position of power, and at the end of the day he had to do what he was told to do because that is what was mandated of him,” Williams continued, adding that there is a bigger situation going on with what’s happening with Kyrie Irving.

“But we should hold everyone accountable, even owners of teams accountable, with things that are happening in other countries. IE China and “wiggers” and the Muslim genocide that is occuring,” Williams continued, adding that society does not hold the same energy for everybody.

“We pick and choose what conversational points we want to make polarizing,” he continued, adding that he himself may lose his job or future deals for speaking out about this, but he feels it’s time for people to take a stand and speak their truth.

Williams continued on to say that people do not understand the nuances of the situation and of Irving’s apology and that society prefers to bandwagon on Irving, rather than allow him to apologize and move on.

“I do NOT take the position that I speak for ALL black people. I speak for myself & my experiences. I also have had so many conversations with both Jewish & Black people about this subject. There is a level of holding people accountable to the same standards that I would like to address. I come to the table with my sword down. I come to the table to engage in dialogue with empathy. We have to continue to EXCHANGE information so we can have more productive conversations. Let’s call out all of the hypocrisy,” Williams wrote in the caption of his post.

Many people hopped into the comments section of Williams’ post to share that they agree with the TSN reporter and the various points he made about Irving’s penalization.

“Very well said @realjaywilliams And you’re 100% correct, what’s happening with Kyrie now is they want to make him say Toby. Your name is no longer Kunta Kente, you’re name is Toby. Say what we believe is right. Meet with our rabbis, donate to our Anti-defamation league that outlines the terms of what exactly is anti-us, denounce any other belief, now prove to me that you have truly accepted that your name is Toby or else we’re going to tie you to this tree in front of everyone and literally beat you into submission in front of everyone to send a clear message to everyone what will happen if anyone dares to say or do anything like this again,” commented NBA veteran Etan Thomas.

“And just so we’re clear, yes that is the exact tactic used on our ancestors during slavery that Joe Tsai and the Brooklyn Nets are using now on Kyrie and apparently this is being done under the approval of Adam silver,” Thomas continued.

“Its very appalling, I Agree fully…just had this discussion with my neighbor today, when have you ever seen the majority ever have to meet with minority leader to learn why what they did was insensitive??? They made Michael Vick do the same thing with PETA. Brett Favre ain’t gonna have to do anything, watch. It’s all about control, it even relates to the judicial system, one side has lesser sentences than the other side,” someone else commented.

“I truly appreciate you using your platform to speak about it. It was disgusting seeing all these black talking heads on tv/sportcenter going against him like he didn’t something so outrageous. We can’t keep doing it to ourselves then get mad when they do this to us. One thing about them, they stick together and apply pressure. We turn our backs to each other for [money]. That’s the difference,” said another person.

“Finally someone speaking up. Everything was on point. It’s embarrassing what [they’re] doing to him,” a viewer of News You Can Use commented on Instagram.

Meantime, not everyone was supportive of Williams’ opinion.

“He’s right that everybody should be held accountable to this standard. That’s what you should be championing. Comparing bad jokes to legit promotion of pure hate and  misinformation is very different and to compare them is beyond misguided. But clearly harbours anti-Semitic beliefs  himself and seemingly agreeing with Kyrie‘s position on how he can’t be anti-Semitic due to knowing where he comes from,” one person commented.

“If Kyrie was actually Jewish (which many Black people are) he would never promote the film which promoted such vile hate and attributes fake quotes to Adolf Hitler. Seems like ESPN may need to send Jay to sensitivity training,” the poster continued.

“I agree BUT #myersleonard & if any other NBA star did this they wouldn’t be subjected to these ridiculous “demands” Kyries history played into how we got here,” commented Michael Rapaport.

“He signed a contract that said he would not do anything to harm the image of the team. This is in every NBA contract. He did the opposite of that and this is in violation of his contract and can be punished. He can’t make 30 million a year and say he’s such a victim because he won’t openly say he’s not anti-Semitic,” another viewer said.

How do you feel about Irving’s suspension and penalization? What about Williams’ take? Let us know in the comments below!

Read More »
PrevPreviousToronto Women Fear They aren’t Safe in Their Own Homes After Recent Assault
NextOntarians Call for Doug Ford to Repeal Bill 124, Following His Decision to Cancel Bill 28Next
On Key