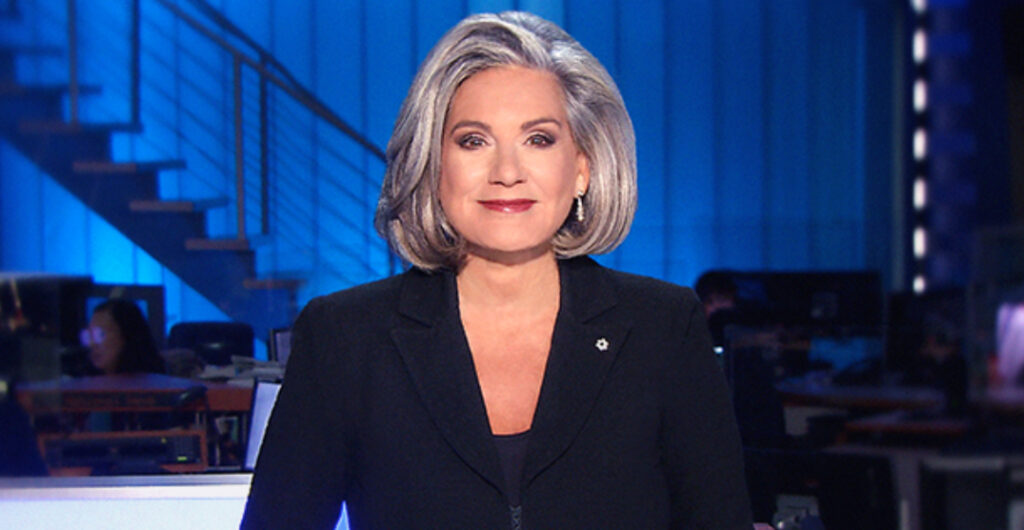 TORONTO – After over 30 years with the network, Lisa LaFlamme announced on Twitter that she had been let go from CTV News. LaFlamme has served as the host of CTV National News since 2011 and worked for the network prior to that appointment.

“On June 29, I was informed that Bell Media made a ‘business decision’ to end my contract, bringing to a sudden close my long career with CTV News. I was blindsided and I’m still shocked and saddened by Bell Media’s decision,” LaFlamme said in a video posted to Twitter on Monday.

“I was also asked to keep this confidential from my colleagues and the public until the specifics of my exit could be resolved. That has now happened,” LaFlamme shared, adding that the last 35 years have meant everything to her.

Meanwhile, Bell Media has released a statement announcing LaFlamme’s departure from the network as well.

“Recognizing changing viewer habits, CTV recently advised LaFlamme that it had made the business decision to move its acclaimed news show, CTV NATIONAL NEWS, and the role of its Chief News Anchor in a different direction,” Bell media said in a press release on August 15th.

Fans React to the News

While LaFlamme claims to have been blindsided by the decision to end her long career with Bell Media, many people who have become accustomed to watching her deliver their news feel the same way.

“They would never have done this to a man. Shame on @BellMediaPR You have always done your job with outstanding professionalism and you connected with your audience. You will be missed,” one person responded to her video address, which has been viewed over 3.6 million times at the time of this publication.

“Wow! This shocking and such a bad decision from Bell Media. Thank you for your years of journalism with integrity. I’ve enjoyed your nightly presence. I hope that after an adjustment period, you find an even more enjoyable and fulfilling occupation or retirement,” wrote another.

While journalists across the country are expressing their shock.

“Oh my this is a shocker. I am so sorry, my friend. Since we started working together years ago at CTV I’ve watched you work your butt off and earn the respect of colleagues, competitors and viewers. None of us last in these gigs forever but seems to me you deserve better than this,” wrote Dawna Freisen of Global News.

“Oh no @LisaLaFlamme_  you have always been the best of field colleagues.  And such a hardworking passionate human and we have all benefited from your rigour and dedication. We have had some fantastic shoots eh? I am really really sorry to hear this..” wrote Adrienne Arsenault of CBC News.

Meanwhile, other people are calling out Bell Media by drawing comparisons between their “Let’s Talk” campaign and the unceremonious firing of LaFlamme.

While others wonder if the decision has to do with LaFlamme’s age.

“Past her stellar journalistic career & credentials, Lisa LaFlamme allowed herself to age gracefully on national tv. She showed us daily that we can stay relevant, strong, beautiful & that age didn’t matter.  Then the folks at CTV brought their female ageism to work,” posted Canadian entrepreneur Arlene Dickenson.

“Unfortunately, this is an illustration of the prevalent ageism in our current society. My best to you and I hope that other opportunities will come to you.  Your skill and professionalism cannot be lost!” said another Twitter user.

Read More »
PrevPreviousHere are Some Tips on How to Save Money!
NextWhy did CTV cut Lisa LaFlamme? Here’s the inside storyNext
On Key