Tems and Jazmine Sullivan Pull Out of Toronto’s Manifesto Festival, Organizer Reveals Why! 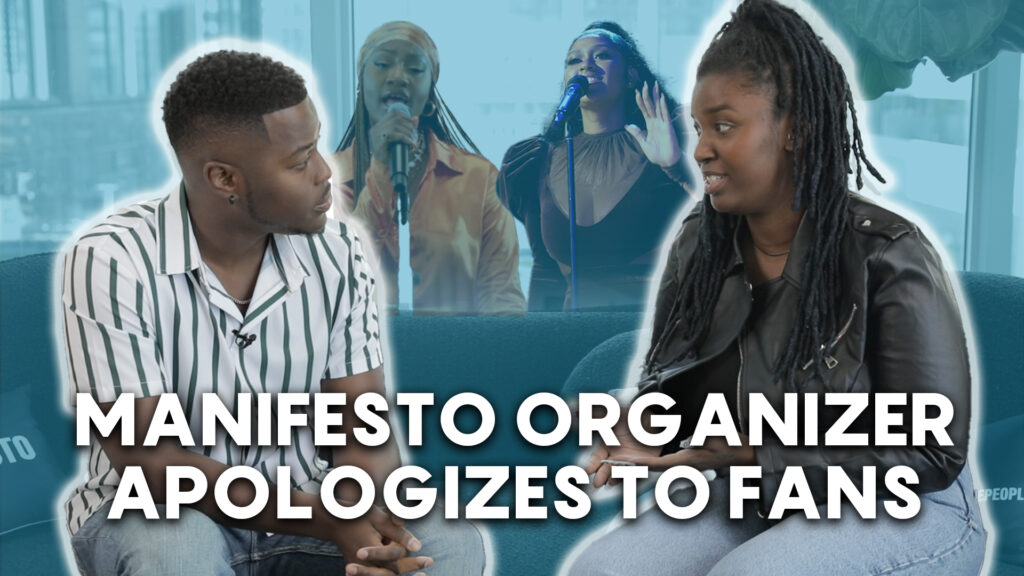 TORONTO – Manifesto is just the latest music festival to be struck by the Toronto curse. Initially touting both Tems and Jazmine Sullivan as headliners, the festival has had to rejig its schedule with Davido and DVSN set to headline after both women pulled out of the show.

Our team invited Manifesto managing director Tinesha Richards to join us ahead of the festival to explain what happened.

A few weeks ago it was rumoured that Manifesto had pulled Tems from the lineup as the Nigerian artist’s Visa application was denied. Now confirmed, the news left many people wondering why the festival would announce a headliner who had yet to receive their paperwork.

“So the way it works is we book them, the agents know how long it takes to get their Visa sorted, we don’t sort their Visas,” Richards explained, adding that they are kept up to date with the process and Manifesto organizers were under the impression that it would not be an issue.

“There have been a lot of artists from the African dysphoria that have been denied Visas,” Richards said, adding that it has caused issues for other shows as well.

Meantime, Jazmine Sullivan dropped out of the show just days ago, citing personal issues. But many ticketholders are questioning whether they want to attend Manifesto now that the headliners have changed.

“Jazmine has a personal family issue that unfortunately again she just wasn’t able to attend, which is devastating to us,” Richards explained.

“We picked them for a reason. Being a Black woman, it was very purposeful picking two strong Black women,” Richards said, explaining why she is personally upset by Tems and Jazmine not headlining Manifesto.

But this comes at an interesting time, where music fans in Toronto and the GTA are already weary of concerts and festivals after a series of mishaps including Kingston Music Festival and Kultureland. Richards says that was taken into consideration while searching for new headliners.

“It was important for me, especially given this past weekend, that I was like ‘okay we need to make sure that although we can’t have Jazmine we’re still putting on a strong festival’,” Richards told Brandon, adding that they want to put on a show that will leave people excited for Manifesto 2023.

When pressed for details about Jazmine Sullivan’s last-minute decision to not hit the Manifesto stage, Richards again said that it was a personal matter.

“It is a personal issue with Jazmine so I’m gonna let her explain to her fans. She also did make a post saying that if she could be there she would have been, so you just have to watch her Instagram,” Richards explained, adding that fans should send love to her.

“ I, unfortunately, won’t be playing Manifesto Toronto this Friday. This was a very difficult decision for me and I’m so sorry I can’t be there with you all. To my fans, please know I would never cancel a show unless it was absolutely necessary. I hope to be back in Toronto soon. Thank you to @davido for stepping up last minute and saving the day. Love u all ♥️” Sullivan wrote on Instagram.

What Could Organizers Have Done Differently?

When asked what Manifesto organizers could have done differently, Richards has a small list.

“Moving forward we’ll be more involved in the Visa process,” she explained, adding that she now has contacts with immigration lawyers, the Nigerian embassy and other festival organizers so she can be ready if this happens again.

But she said that with festivals, headliners often change before the show takes place.

The managing director said that festivals could hold off on announcing international headliners until their paperwork to come to Canada has been approved, but adds that is not really how festivals work.

“With a concert, we definitely wouldn’t promote, but festivals… Part of festival culture is that sometimes artists drop in and out which sucks for people who are buying tickets for a particular artist. But it’s just the name of the game,” Richards said.

Richards explained why their team didn’t foresee Visa issues for Tems, why some people are struggling to get a refund for their Manifesto tickets, and more on this episode of News You Can Use.