Ontario, it Looks like Alberta is Calling! Will You Answer? 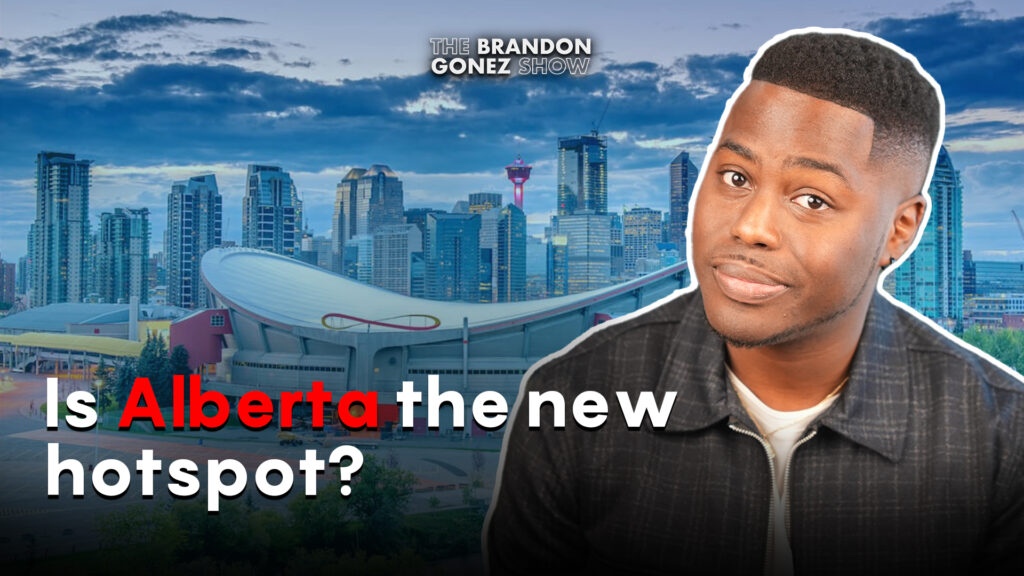 CANADA – We all know that living in Toronto is NOT cheap! But does this mean that it’s time to relocate? That’s the focus of one new advertising campaign that is trying to lure Ontarians out to Alberta. Various ads on the radio, TV, and online with the message “Alberta is Calling” boast the low cost of living, cheap homes, and a “better quality of life” for people living in the western province.

Meantime, it looks like there is a mass exodus happening in Ontario. By the time we got halfway through 2022, 49,000 people left Ontario and moved to other provinces. This makes Ontario the province with the highest loss to interprovincial migration. It also means 2022 was the worst year for this kind of population loss in the province since 1971, according to Stats Canada.

On the other side, we’re not seeing a major increase in Canadians moving to Ontario either. Data shows that Alberta is the province with the highest rate of province-to-province moves, with over 10,000 people flocking to the mountainous region.

TORONTO: A City for the Wealthy

It’s no surprise that tons of Ontarians are leaving the province as the cost of living continues to increase, and many just can’t keep up. The average one-bedroom apartment now sits over $2,000 a month and minimum wage sits at $15.50/hour, leaving many people, including Cityline host, Tracy Moore, worried that Toronto will soon be an exclusive city for the wealthy.

“I feel like Toronto may be on a dangerous trajectory right now. How many neighborhoods are we going to gentrify?” Moore added.

“We have people in office who don’t have the vision or will to change any of this!” she continued.

Moore isn’t alone. Many people on social media are sharing their concerns about the cost of living crisis in Toronto.

“Toronto has “been” expensive for way more than a decade now & everyone’s pride made them all hide behind credit & loans for normalcy,” shared one person on TikTok.

“It’s not just Toronto it’s the whole of Ontario it is so expensive it’s frightening,” commented another.

At a time when living in this province is more expensive than ever before, the lower cost of living and cheaper housing market is enticing for people who’ve found themselves struggling in Ontario. The “Alberta is Calling” website is targeting these housing pains, too.

The site outlines the average cost of an Edmonton condo ($210,000) and highlights that you can buy four condos in Edmonton for the price of one Toronto unit. The campaign also points out that In Toronto, most of your income goes towards home ownership. It takes 69% of your salary to own a home in Toronto. But in Edmonton, on average, it takes below one-third of your salary to own a home.

Plus, due to other industries out in Alberta, like oil and gas, the province also has an abundance of job opportunities.

Moving to Alberta as a Person of Colour

While the ads seem to be working on some people, many people of colour have shared reasons that they will not be making the switch.

“The weather, not enough black people, statistically more politically conservative, much less things to do unless you’re into nature stuff, and nowhere near enough job prospects for the line of work I’m in (creative),” posted on a woman who shared that she was in the creative industry.

“I won’t even move to MISSISSAUGA. How can anyone get me to move to Alberta?!” shared another.

“It’s not realistic, I don’t line dance. What am I going to do in Alberta? No thank you but thank you!” added a third.

So if Ontarians are moving to Alberta in droves, is the province ready for the major culture change that may come as more Torontonians arrive? And is there a solution for Toronto if people continue to leave the city for greener pastures? We dig into these questions and more on this episode of News You Can Use. Let us know what you think in the comments!