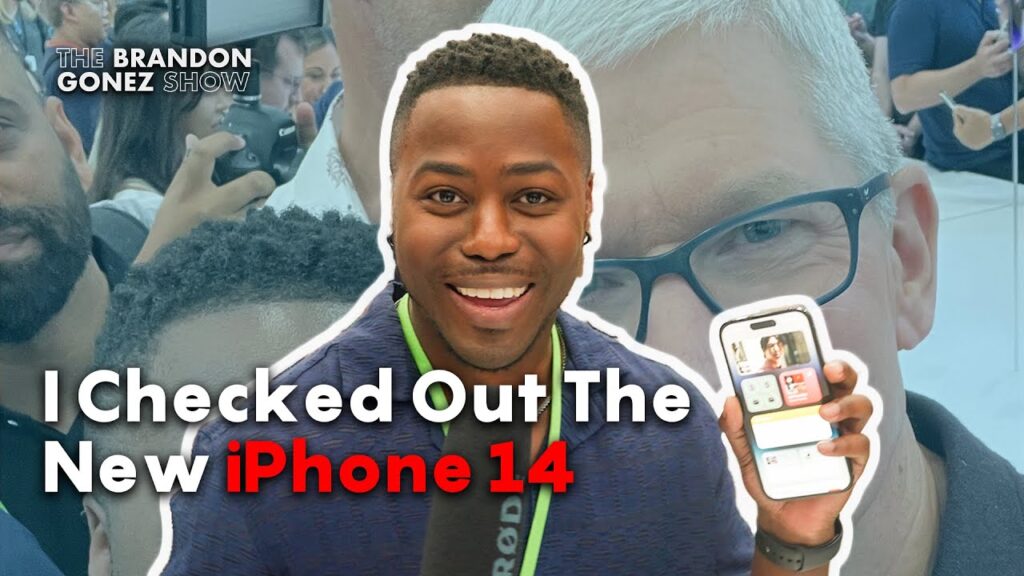 APPLE PARK, CALIFORNIA – We all love a good tech announcement, and Apple recently announced some new products coming out this fall! On deck for the latest drop are three new smartwatches, four smartphones, and a new set of AirPods! The BG Show Team was invited down to Apple Park in California to see the new drop, and you know we had to check it out and spill the tea.

While many people aren’t super pumped about the iPhone 14 or the 14 Plus, some exciting new features for the pro line of iPhones have some people talking.

The display on iPhone 14 Pro and Pro Max look nothing like that of the 13! The new phones include something called Dynamic Island, which Apple says allows iPhone users to interact with their phone in “new ways”.

“The Dynamic Island enables new ways to interact with iPhone, featuring a design that blends the line between hardware and software, adapting in real time to show important alerts, notifications, and activities. With the introduction of the Dynamic Island, the TrueDepth camera has been redesigned to take up less of the display area. Without impeding content on the screen, the Dynamic Island maintains an active state to allow users easier access to controls with a simple tap-and-hold,” the company explained in a release.

“This makes the new Lock Screen even more useful, keeping the time, widgets, and Live Activities available at a glance,” the release continued.

The display is also extra bright! According to Apple, these phones also have the highest outdoor peak brightness in a smartphone and will be twice as bright as iPhone 13 Pro. They also feature some fancy new cameras that reportedly take higher quality photos and video.

Patrick O’Rourke, Editor in Chief of MobileSyrup, said that he was interested in some of the new features.

“The big thing is the Dynamic Island,” he told BG.

“I think that’s a really interesting mechanic and it’s not something that we’ve seen from a smartphone manufacturer before. It kind of takes the DNA of the touch bar from the MacBook pro and puts it on the iPhone in a very unique way,” O’Rourke said, adding that he’s curious as to what third-party app developers will do with the technology.

Meanwhile, a lot of people are also excited by the new AirPod Pros!

Dubbed the most advanced AirPods ever, the second generation AirPod Pros “unlock breakthrough audio performance” according to Apple. The company claims to have improved many features of the wireless earbuds, including their Active Noise Cancellation and Transparency modes.

“I didn’t think that they were going to be able to pull it off, I truly couldn’t hear anything when I had them in,” O’Rourke said, comparing the new AirPod Pros to the first generation.

BG shares his thoughts on the new range of Apple products that are dropping soon, gives you a tour of the Steve Jobs Theatre, digs into the new line with Patrick O’Rourke and more on this episode of The Brandon Gonez Show.

Read More »
PrevPreviousApplications Now Open for an Exclusive Internship for Jamaican-Canadians
NextHero or Colonizer? The Death of Queen Elizabeth II has People DividedNext
On Key