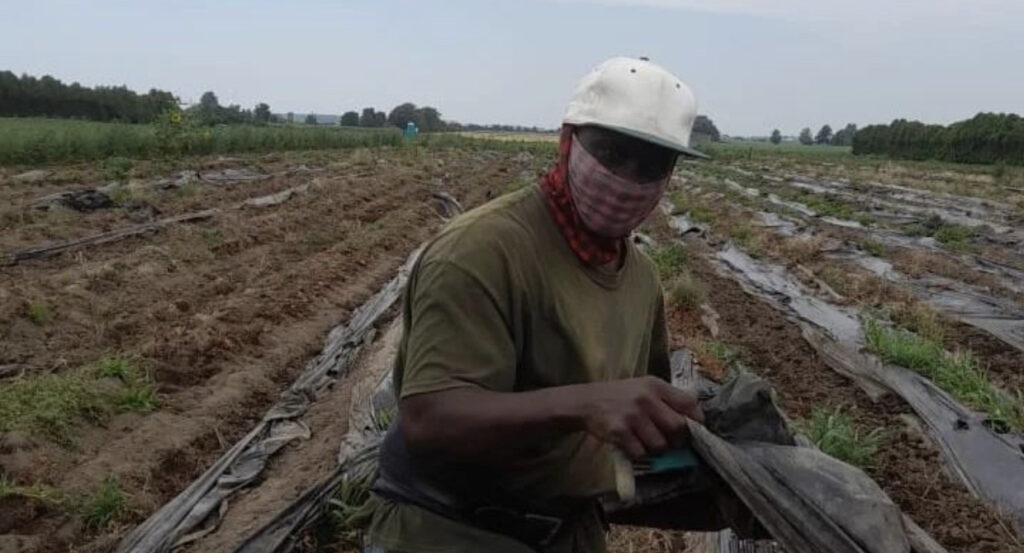 CANADA – The Government of Canada has finally responded to the death of a migrant worker on a Canadian farm. In an email to The Brandon Gonez Show, federal officials shared their condolences for the death of one foreign worker who passed away this month.

“The Government of Canada extends its deepest condolences to the family, friends, and co-workers of the temporary foreign worker who passed away,” reads an email from the Media Relations Office of Employment and Social Development Canada.

However, officials did not acknowledge the reported deaths of other workers across Canadian farms this year but claim to have measures in place to protect workers from abuse.

“The Government of Canada takes its responsibility to protect the health and safety of temporary foreign workers, as well as the integrity of the Temporary Foreign Worker (TFW) Program, very seriously, and has measures in place to protect workers and the Program from abuse,” the letter reads, adding that they also run a tip line where workers and others who are concerned about the conditions on farms can reach out.

Updates to the Inspection Process

According to their statement, Employment and Social Development Canada has also strengthened its inspection process by:

This comes as the 2021 budget dedicated $49.5 million over three years to create a new Migrant Worker Support Program to better support temporary foreign workers, including those in the SAWP program, by “addressing the power imbalance between employers and workers”.

“This commitment builds on the $19.3M directed through non-profit organizations since 2019 to support TFWs in Canada by informing them of their rights and responsibilities, by providing community-based and emergency supports, and by supporting vaccination efforts, isolation and quarantine, and airport orientation throughout all waves of the pandemic,” reads a statement from federal officials.

“In addition, new Regulations Amending the Immigration and Refugee Protection Regulations were published in the Canada Gazette, Part II on July 6, 2022. These Amendments will come into force on September 26, 2022, and provide the Program with important new authorities to implement front- and back-end measures that will enhance the protection of migrant workers in Canada, and address persistent gaps with respect to employer compliance,” the statement continues.

Canadians React to the Federal Response to Worker Deaths

But online, people are not happy with the Canadian government’s action, or lack thereof, to address this situation.

“If no news talked about it or reached out to the gvt for a response it woulda been brushed under the rug like most stories about atrocities against Blacks. But let it be the Blue eyed Blonde haired refugees the news has been showing so much empathy for, and I guarantee you it would be UPROAR!!! Its like the only way Blacks and Indigenous get justice is when we’re LOUD!!!  If we dont advocate for ourselves NOONE WILL!!!!” wrote one person on Instagram.

While others say they are not impressed with the lip service.

“We need action and acknowledgement of all the migrant workers who passes away. Also some compensation for there families. They also need to set up inspections to ensure the safety living standards and the wages paid,” posted one viewer.

And some believe that the SAWP and TFW programs should be shut down.

“Caribbean governments need to start working together to avoid our people coming to North America to slave and die for the yt man. Our islands have enough raw resources to employ all their people in various industries. It’s time OECS & CARICOM start living up to their name,” argued one Instagram user.