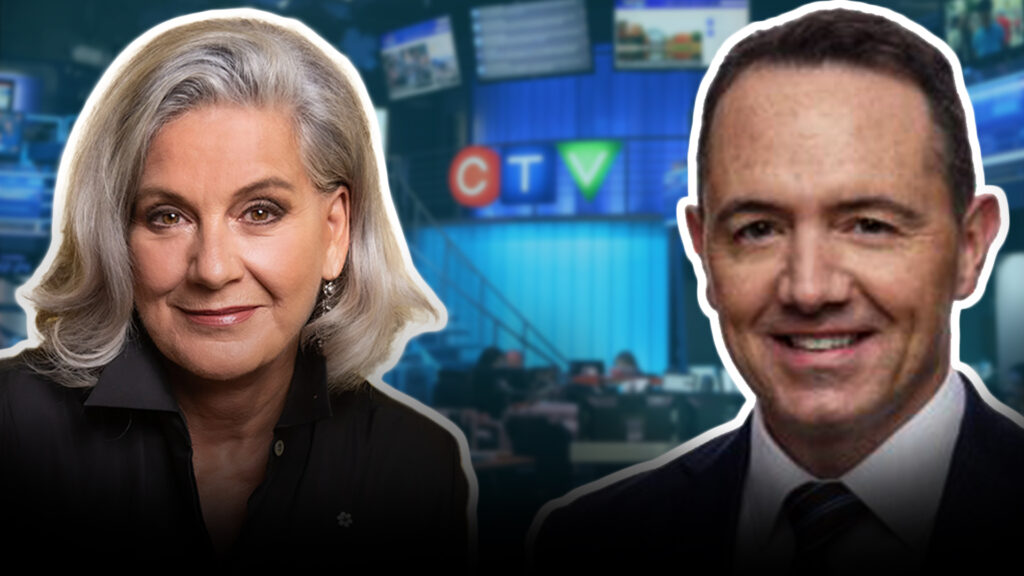 TORONTO – It looks like CTV News is in crisis mode. Head of CTV News, Michael Melling, the man who seems to be responsible for axing Lisa LaFlamme, may be on the way out the door himself. Meantime petitions calling for LaFlamme’s reinstatement as national news anchor are growing, while more and more brands are throwing their support behind her.

What Happened to Lisa Flamme?

After 35 years with Bell Media, Lisa LaFlamme announced in a homemade video posted to Twitter this month that she had been ousted from her position as CTV National News anchor.

The news was followed by intense backlash from the public and other media professionals, accusing CTV of sexism and ageism for the firing of LaFlamme, who is 58 years old.

Brands like Dove and Wendy’s showed their support for the longtime anchor, launching campaigns to celebrate the natural process of going grey – something LaFlamme has embraced onscreen over the last few years.

Petitions have garnered hundreds of thousands of signatures from people calling for LaFlamme to be reinstated as CTV National News anchor, a role she held from 2011 until this summer.

What Happened to Michael Melling?

Following weeks of intense backlash from viewers, journalists, and brands across Canada, Bell Media recently announced that their vice president of news, Michael Melling, will be taking leave.

In an internal memo, Karine Moses, senior vice president of content development and news, wrote that Melling “has decided to leave from his current role effective immediately to spend time with his family.”

The memo continues on to say that Melling’s decision reflects the company’s “shared desire to support the newsroom and do what’s best to help the team move past the current circumstances to focus on delivering the stories that matter to Canadians.”

Meantime, a statement released by Bell Media president and CEO Mirko Bibic, indicates that Melling’s leave wasn’t as voluntary as the internal memo would make it seem.

“I also want to address the situation of our Vice President of National News, Michael Melling, who has been the subject of various allegations,” reads the statement.

He went on to say that in order to address concerns about the workplace environment in the CTV newsroom, Bell has begun an independent review

This comes as a new article by the Globe and Mail reveals that the Bell Media newsrooms have undergone multiple workplace reviews under the leadership of Melling. This includes one review of the CP24 newsroom that began after employees slipped their union an anonymous letter, detailing accusations of bullying, racism, and verbal abuse at the hands of management. It’s important to note that Melling was the general manager of CP24 and CTV Toronto from December 2018 to December 2021.

“Michael is on leave effective immediately, pending the outcome of the workplace review that is proceeding,” Bibic continued.

“The environment at CP24 is nothing less than toxic,” reads the letter, which also names Melling.

“From the assignment desk to the managers, employees feel intimidated, frustrated, and verbally assaulted by the managers,” the letter continues.

While an internal review by Bell Media found no issues, the Globe reports that a third-party review revealed a stressful work environment and poor treatment of staff from leaders in the newsroom.

In his statement posted on Linkedin, Mirko Bibic denies that LaFlamme’s age or gender played a role in the involuntary ending of her career with CTV.

“There is certainly no denying that Lisa LaFlamme has made an important contribution to Canadian news for three decades,” Bibic said.

“Since Bell Media’s decision to end her contract, there has been heavy criticism. The narrative has been that Lisa’s age, gender or grey hair played into the decision. I am satisfied that this is not the case and wanted to make sure you heard it from me,” said he continued.

“While I would like to say more on the Bell Media decision, we are bound by a mutual separation agreement negotiated with Lisa, which we will continue to honour,” Bibic continued.

The statement went on to say that the decision to end LaFlamme’s contract was due to the change in the media industry and how the public is now consuming news.

“In an environment of declining ratings and global online platforms, we can’t keep relying on traditional broadcasting. The days when viewers wait until 11 PM to get their news are gone. While some may resist change, it is necessary and we need to confront this,” the statement reads.

Brandon breaks down the recent allegations of toxic workplace culture under Michael Melling’s leadership, how the general public is reacting to Bell Media’s explanation for firing LaFlamme, and more on this episode of The Brandon Gonez Show.