Is it Time for Montreal to Get an NBA Team? 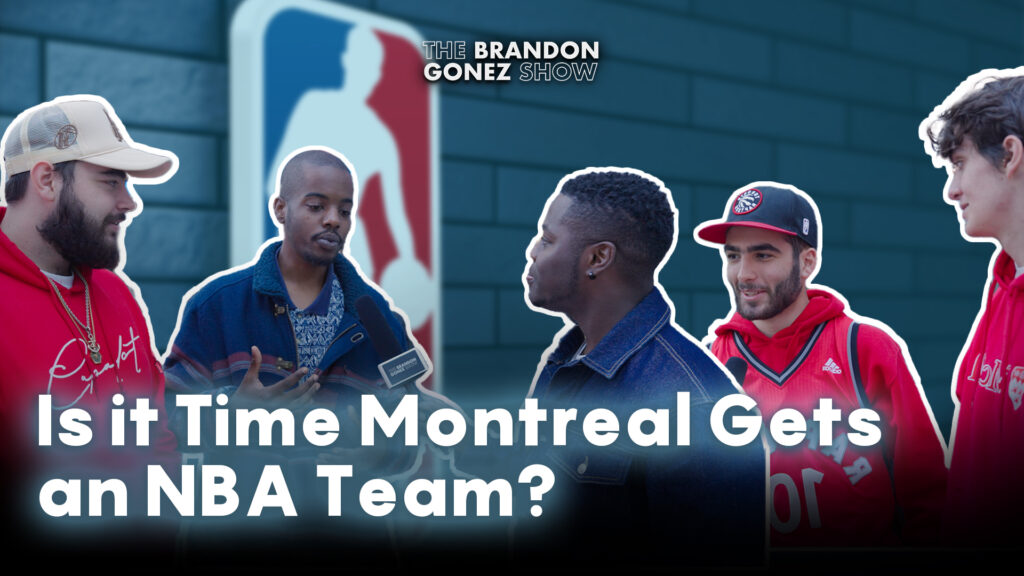 MONTREAL – Isn’t it strange that Canada only has one basketball team in the NBA? Don’t get us wrong, we all LOVE the Raptors, but it would be cool to see them go head-to-head with another Canadian team. This week we’re hanging out in Montreal with Hennessy to see the Toronto Raptors face the Boston Celtics – but is it time for Montreal to have its own team?

Should Montreal Have Its Own NBA Team?

We hit the streets to chat with people ahead of the big Raps game, to find out if they are interested in seeing Montreal get its own team.

“I would really like to see a team that represents Montreal, not just Canada but Montreal as a city. That would be really cool,” said one man.

“If they do [create]  more than one [Canadian team] maybe we can get a feel for how the city really supports a basketball team,” added another.

We also asked people who their favourite Raptor was, and there were a variety of answers.

“Pascal Siakam,” said one man, explaining how he appreciates Siakam’s “swiftness” and how he moves on the court.

Robert Parish on the Toronto Raptors

While in Montreal, BG had the chance to speak with legendary Robert Parish. He shared the highlights of his career, and how he feels about the Toronto Raptors.

When it comes to his top career moment, Parish took us back to the very beginning.

“I still didn’t think that I would have a professional career, I didn’t think like that,” he continued, adding that he never looked at himself as a “hall of famer.”

“I knew I was a good player, I knew I was tearing it up, but in terms of a ‘hall of famer’? No,” he explained.

We also had the chance to ask Parish how he felt about the Raptors. While he didn’t admit to being a fan, he did show them some love!

“I like the young talent. I think they are up and coming,” he said, adding that he believes the coaching is also solid.

“What I like about the team, the current Raptors team, is they play hard, they play smart, and they play together,” Parish continued.

“I like the way they play every night, and they don’t take nights off, like some of these young fellas do!” Parish laughed.

We dig into people’s predictions for the game, had some fun with the Hennessy team and so much more on this episode of The Brandon Gonez Show. Let us know in the comments, do you think Montreal should have its own NBA team?