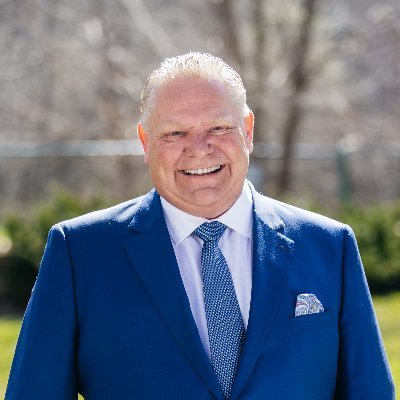 ONTARIO – Doug Ford and the Progressive Conservative Party are trending again! Why? Because Ontarians are frustrated with the provincial government over Bill 7, which comes into effect today September 21st, 2022. The controversial new bill, also known as the “More Beds, Better Care Act” aims to free up more hospital beds, but some are questioning if it is ethical.

What is the “More Beds, Better Care Act”?

Many Ontarians are frustrated with new regulations that will see people in hospital awaiting a spot in long-term care moved to a facility up to 70 kilometres away in Southern Ontario and 150 kilometres away in Northern Ontario while they wait for availability at their preferred home. Additionally, those who refuse to leave the hospital once discharged can be fined $400 a day.

“The Bill amends the Fixing Long-Term Care Act, 2021 to add a new provision for patients who occupy a bed in a public hospital and are designated by an attending clinician as requiring an alternate level of care. This new provision authorizes certain actions to be carried out without the consent of these patients,” reads the provincial website.

“The actions include having a placement co-ordinator determine the patient’s eligibility for a long-term care home, select a home and authorize their admission to the home. They also include having certain persons conduct assessments for the purpose of determining a patient’s eligibility, requiring the licensee to admit the patient to the home when certain conditions have been met and allowing persons to collect, use and disclose personal health information, if it is necessary to carry out the actions,” the site continues, adding that certain limitations do apply and reasonable attempts to secure the patient’s consent must first be met.

Some people are frustrated with the new policies, raising concerns over the high cost of the fine and the concept of those needing care in some parts of the province being moved as far as 150 kilometres away from their families.

“Most people don’t want to be in the hospital. It’s a situation where seniors have fallen ill or have been injured, they no longer fall under “acute” care, but still need ongoing care They’re being forced into long-term care homes that they didn’t choose, 70 to 150 KM away from their communities. Unfortunately, wait lists for decent long-term cares are very long. The pandemic has exposed how terrible some of these homes really are, but yet seniors are still being forced into them,” pointed out one person.

“It’s a matter of HOMES. Would you want you’re grandmother moved two or three HOURS away from you because the city just wants to? And not only are they charging per day for the bed but when you get transferred they’re charging you for transport also. And these are poor people,” commented another.

Some Ontarians Agree with Bill 7

While others agree with Ford’s plan, saying that action needs to be taken in order to make more room for people requiring care in Ontario hospitals.

“So why are people upset? If you are discharged LEAVE. No need to tie up resources for people who need it. They absolutely should be charged. People complain there are no beds. Well if people are occupying them when they don’t need to. What do you think will happen?? #supplyvsdemand!” wrote one Instagram user.

“If you’ve been discharged, you are no longer receiving care. If you refuse to leave, you’re essentially using the hospital as a hotel at that point….” commented another.

Let us know in the comments, do you feel there is a better way for Ontario to tackle this crisis? Or are you with Ford and the PCs on this one?