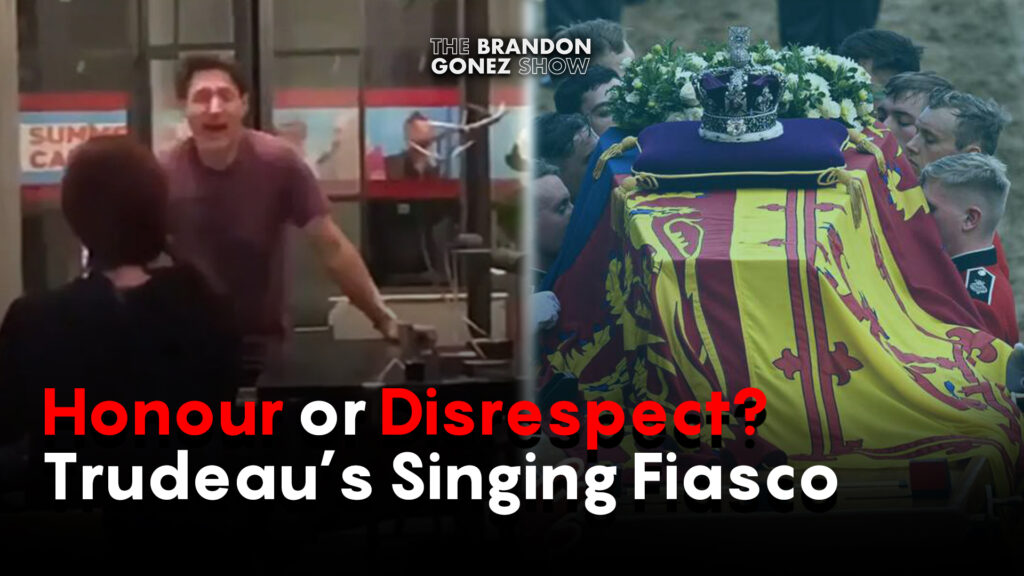 A video showing Trudeau singing along to Queen’s “Bohemian Rapsody” while standing by a piano has gone viral. Some people are mocking the Canadian leader, while others are confused as to the context surrounding the video.

“How drunk do you have to be in order to think singing Queen songs is a tribute to Queen Elizabeth?,” said one person on Twitter.

“Trudeau Singing at the bar on the Eve of the queens burial is a complete embarrassment to Canada. Fitting tho him singing “easy come,easy go and nothing really matters to me,that’s his motto in life #TrudeauMustGo #TrudeauHasGotToGo #IAmNotABot,” posted another.

While some Canadians couldn’t care less!

“Everyone who’s salty about Trudeau singing Bohemian Rhapsody two nights before the funeral should come to a funeral on the east coast some time, learn to have some fun with your deaths you babies,” said one Twitter user.

“Trudeau singing is the new Obama in a tan suit,” wrote another.

The Prime Minister’s Office has confirmed to The Brandon Gonez Show that on Saturday, September 17th Justin Trudeau was singing Queen’s Bohemian Rhapsody in the Savoy Hotel, just a few kilometres from where the Queen was laid to rest.

So we reached out to the Prime Minister’s Office to see what was going on, and here’s what they had to say.

“After dinner on Saturday, Prime Minister joined a small gathering with members of the Canadian delegation, who have come together to pay tribute to the life and service of Her Majesty.

Gregory Charles, a renowned musician from Quebec and Order of Canada recipient, played piano in the hotel lobby which resulted in some members of the delegation including the prime minister joining. Over the past 10 days, the Prime Minister has taken part in various activities to pay his respects for the Queen, and today, the entire delegation is taking part in the State Funeral,” reads a statement sent to The Brandon Gonez Show.

“Over the past 10 days, the Prime Minister has taken part in various activities to pay his respects for the Queen, and today, the entire delegation is taking part in the State Funeral,” the statement continued.

Here’s What People are Saying about the Response

“Definite overreaction. People wanna find something out of nothing. Be calm and carry on,” wrote one viewer.

“He doesn’t need any explanation he’s human… I agree that we all should have gotten the day off with paid,” commented another.

While others feel that we have bigger concerns when it comes to Canadian politics than the Prime Minister’s karaoke night!

“Seriously?! THAT’S what ppl are complaining about?! Our health care system is shit, gun violence, unstable economy and THIS got ppl’s panties in a bunch…. GUH WORK” commented one viewer.

“I think people are just mad he gave himself and federal workers the day off. While the majority of Canadians had to work… As well as being out in the U.K. songs,” suggested another.

Brandon dug into what other people had to say on this episode of The Brandon Gonez Show. Let us know in the comments, how do you feel about Trudeau’s performance?