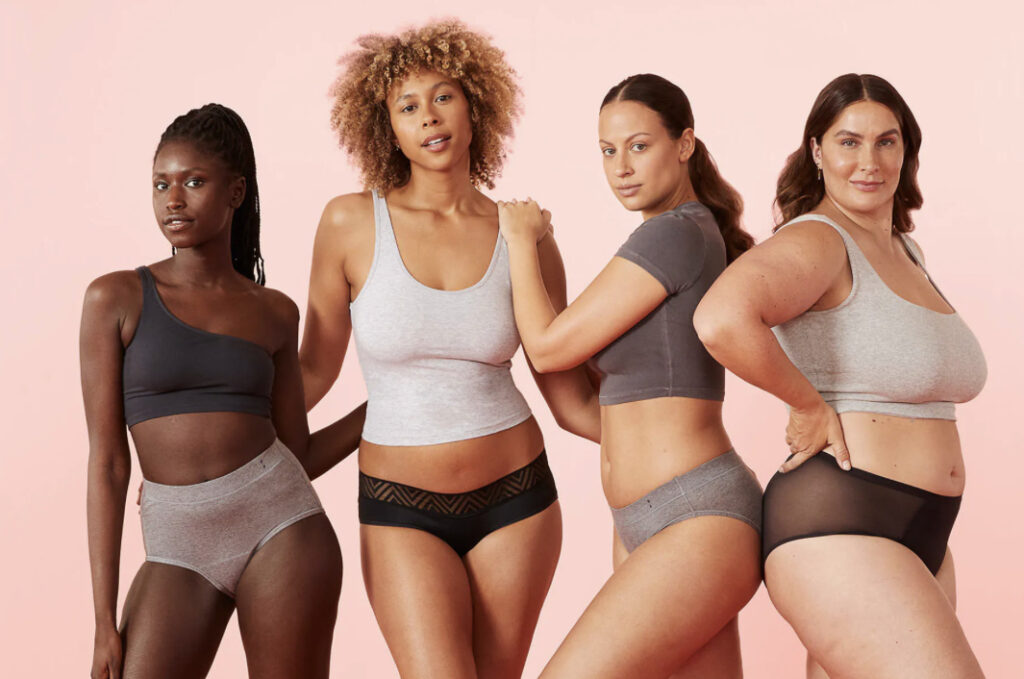 NEW YORK, NEW YORK – Thinx, a company that produces “period panties,” has agreed to pay up to $5 million in a settlement related to a lawsuit over toxic chemicals allegedly included in their menstrual products.

The plaintiffs alleged that while Thinx markets their underwear as being non-toxic, the panties contain harmful chemicals, including multiple polyfluoroalkyl substances (PFAS) and Agion anti-microbial treatment. Both chemicals are thought to be harmful to the human body and the environment.

“The presence of these chemicals contradicts all of Thinx’s unvarying representations that the product is non-toxic, harmless, sustainable, organic, environmentally friendly, and otherwise safe for women and the environment,” reads the complaint.

What are Period Panties?

Becoming increasingly popular over the last few years, period panties have been marketed as a more sustainable means of managing menstrual bleeding. The underwear is produced by a variety of different companies, including Thinx, and is worn in place of pads or tampons to collect blood during the user’s menstrual period.

Period panties are reusable and can be cleaned in a regular washing machine along with other clothes making them a simple alternative to disposable pads and tampons.

However, they don’t come cheap! Thinx’s website shows that the cheapest pair is currently on salefor $24.48 CAD, with the regular price being nearly $35. Meanwhile, single pairs of underwear can cost upwards of $69.00, with sets of multiple pairs on sale for over $100.

“Consumers, including Plaintiff, willingly pay a premium for this personal hygiene product compared to cheaper disposable alternatives such as tampons. This is because consumers, including Plaintiff, would like an easier, safer, and more sustainable approach to feminine hygiene care as compared to traditional single-use feminine hygiene products,” reads the complaint.

“Through its uniform, widespread, nationwide advertising campaign, Defendant has

led consumers to believe that Thinx Underwear is a safe, healthy, and sustainable choice for women, and that it is free of harmful chemicals,” the document continues.

While a settlement has been reached in relation to the lawsuit filed against Thinx, the New York-based company has denied the presence of PFAS in its products.

“Our customers’ health and safety remains our top priority. We can confirm that PFAS have never been part of our product design,” the company said in a statement posted to Twitter.

“We will continue to take measures to ensure that PFAS are not added to our products. The litigation against Thinx has been resolved, the settlement is not an admission of guilt or wrongdoing by Thinx, and we deny all allegations made in the lawsuit,” the statement continues, adding that Thinx plans to continue producing innovative, safe, and comfortable leak-proof underwear.

Period Panties “Too Good to be True”

Over the past few years many women, including influencers and celebrities, have been searching for an alternative to pads and tampons, which often also contain toxic chemicals and substances. Menstrual cups, cloth pads, and period panties are some of the most popular reusable menstrual products.

In light of the settlement, many people have taken to social media to share their frustrations with Thinx and other menstrual product manufacturers.

“‘Our customer’s health and safety remain our top priority’. It very obviously isn’t, so why do you think gaslighting the people you’ve been exposing to toxins is going to help you?” one woman said on Twitter.

“Wow. the fact that y’all keep repeating that you don’t admit to any wrongdoing is insane. The tests were done, the PFAs were found, and PFAs have been linked to numerous health issues in women’s reproductive systems,” another person tweeted.

Meanwhile,other women have shared that they feel stuck between a rock and a hard place.

“Of course, period underwear is too good to be true. Oy. Can we start giving men periods and uteruses so we can get some proper innovation and guaranteed birth control?” one person said.

“OMG even our UNDERWEAR is poisoning us.”

While Thinx denies all claims, those who purchased Thinx products between November 12, 2016 and November 28, 2022 can submit a claim form, or exclude themselves from the settlement by April 12, 2023.

You can find out more here.