Old NBA vs. New NBA! Basketball Legend Robert Parish Talks about How the Game has Changed 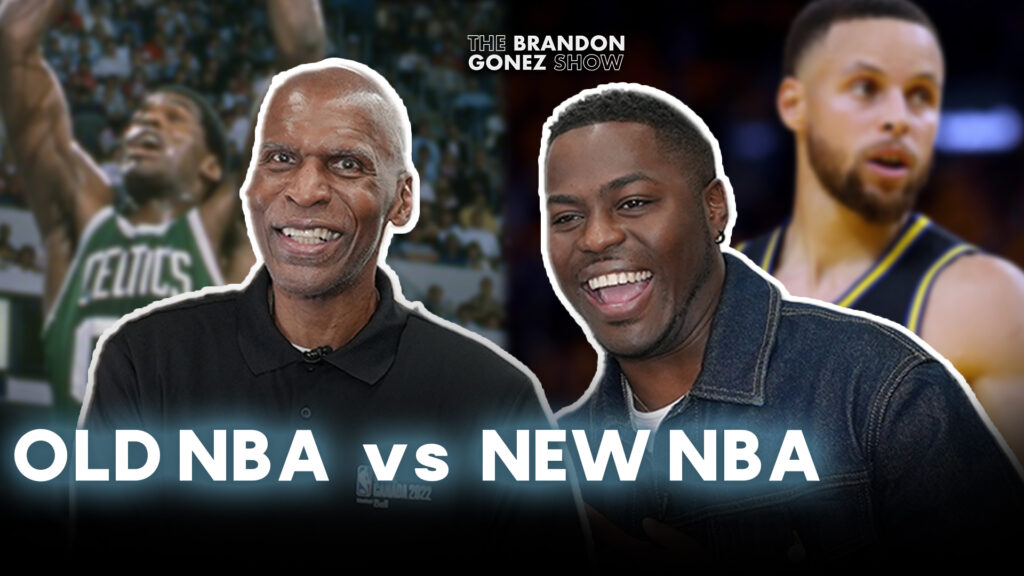 MONTREAL – Robert Parish is a legendary NBA star. Known by his nickname “Chief”, Parish played 21 seasons in the NBA, more than any other player in the league’s history. The legend played 1,611 games before retiring following the 1996-97 season at the age of 43. Brandon had the chance to catch up with Parish to discuss his career, his music taste, his thoughts on current NBA players, and more.

Robert Parish: The Career of a Legend

In the 1976 NBA Draft, Robert Parish was chosen in the first round and signed by the Golden State Warriors after posting four-year college averages of 21.6 points and 16.9 rebounds.

After a few years, The Warriors traded Parish to the Boston Celtics, in 1980, where he continued to play for 14 years. In those years the Celtics went to the playoffs 13 times, won nine Atlantic Division titles, reached the finals five times, and won three championships. Parish has said that he will “always be a Celtic at heart.”

Towards the end of his career, Parish signed as a free agent with the Charlotte Hornets in 1994, playing two seasons with the team. Before his final season began in 1996, he signed with Chicago as a free agent. This led to another championship win.

During his career, Robert Parish had many impressive accomplishments. In addition to snagging the title of “most games played”, he also played nine All-Star Games and finished among the top 10 in the league in field goal percentage six seasons in a row.

Believe it or not, while he may have played more games than any other baller, Parish says he’d never played before junior high.

“My junior high school coach was just relentless in terms of pursuing me,” he explained, adding that the coach would tell him he “was that tall for a reason.”

He gave the coach his word that he would try out for the team. But the legend says that after two practices, he felt it was a mess and the sport was not for him. But his parents wouldn’t let him give up.

“Once you give your word, you can’t walk that back. Don’t start something then don’t finish it,” Parish said, quoting his parents. This was the beginning of his career.

He says that in junior high his jersey number was “00” and his nickname was “double nothing” because he “couldn’t play”. He says he was just a “tall skinny person.”

Parish says that he was stunned when he caught his first ball, and the audience got up and cheered. He added that at the end of that game he also had a lay up and “things just started to fall into place.”

He also shared some advice for other young people who lack confidence in their own skills and abilities, both on and off the court.

“Everybody has a talent, first of all,” Parish started.

“I always tell young people you have to have unshakeable confidence in yourself and your ability because it’s not going to go well. Matter of fact, it might be years before you are rewarded with something positive,” he added, sharing that at the beginning of his career no one would have guessed that he would have been a star.

With all of his incredible accomplishments, Parish shares that his top moment was near the very beginning of his career.

“I’d have to say, being drafted. I didn’t see that coming,” Parish shared.

“I still didn’t think that I would have a professional career, I didn’t think like that. I never looked at myself as a ‘hall of famer’,” ” he continued.

“I knew I was a good player, I knew I was tearing it up, but in terms of a ‘hall of famer’? No,” he continued.

But what was his response when he got the call that he would be inducted into the hall of fame?

Parish says he doesn’t play ball anymore, not even in his spare time. He’s played too much!

“Not to mention my body might misbehave the next day,” Parish joked.

“It’s treating me pretty good, I want to keep it like that,” he laughed.

Learn more about Parish’s legacy, how he gained confidence in his skills, his wicked sense of humour, and more on this episode of The Brandon Gonez Show. Let’s leave him some love in the comments below! Let us know, did anything Parish shared surprise you?

Read More »
PrevPreviousIs it Time for Montreal to Get an NBA Team?
NextPeople are Still Waiting for Refunds Three Months After the Kultureland Festival DisasterNext
On Key