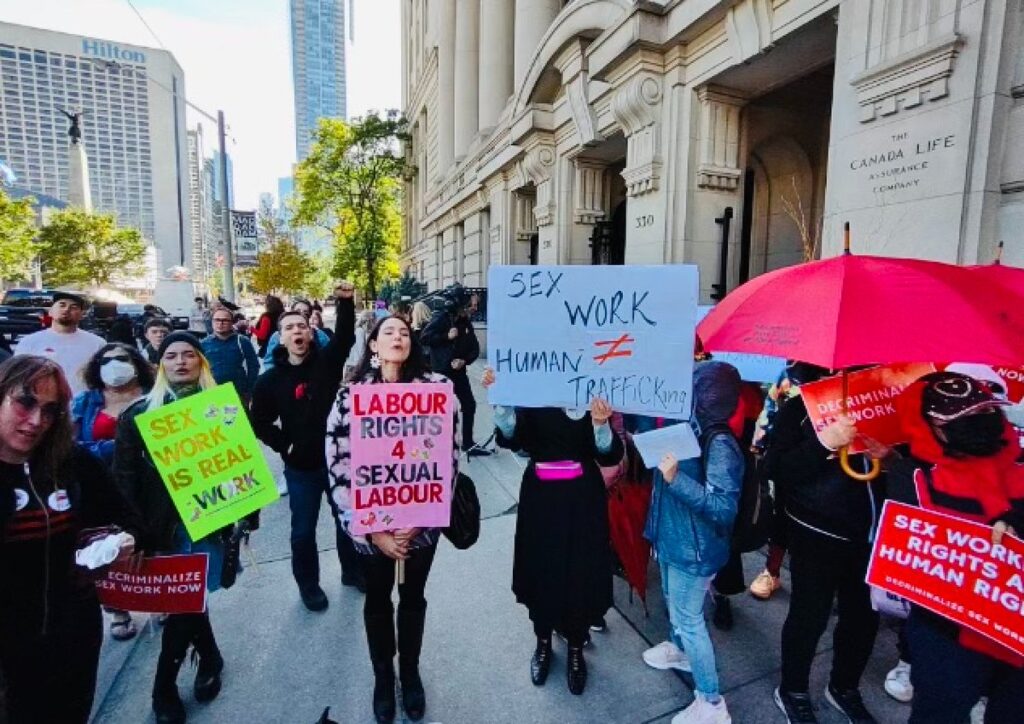 TORONTO – The Canadian Alliance for Sex Work Law Reform is calling for reform to Ontario’s laws pertaining to sex work. This comes at the beginning of a historic Supreme Court hearing that sees the Alliance argue for the decriminalization of sex work.

“The Canadian Alliance for Sex Work Law Reform — an alliance of 25 sex worker-led groups representing thousands of sex workers across the country — along with several individual applicants, is going back to court to challenge sex work laws,” reads a release.

“The Protection of Communities and Exploited Persons Act (PCEPA) introduced in 2014 has failed to protect sex workers and has caused grave human rights violation. In 2014, the Liberal government promised to repeal PCEPA,” the statement continues, adding that seven years later sex workers have been forced to work in the context of criminalization which causes harm to their lives due a lack of government action.

“This government can put an end to this by proposing a Bill for total decriminalization of sex work that would save lives and protect sex workers’ human rights. The harms of these provisions are extensively documented in our evidentiary record, which includes academic and community research on the experiences of Indigenous, Black, racialized, Trans, and migrant sex workers across the country, many of whom work in some of the most difficult conditions,” says Jenn Clamen, National Coordinator of the Canadian Alliance for Sex Work Law Reform.

The release states that sex worker rights organizations are seeking to strike down criminal prohibitions on sex work arguing they violate sex workers’ human rights to dignity, health, equality, security, autonomy, and safety of people who work in the sex industry, which includes their right to safe working conditions.

“We invite you to keep learning more about how these laws work to cause us harm and do not protect us as they claim to. We need you to understand how they are instead designed to eliminate sex work, to elimate us sex workers, whatever the cost. Even if that cost is our safety or our very lives,” a protester can be heard saying in a video posted to social media, captured at a rally in Toronto on Monday.

In an Instagram post, sex worker, advocate, and author Andrea Wehun said  “It’s time to finally decriminalize sex work in Canada… they justify eviction, deportation, and the removal of children; make it nearly impossible to screen (and therefore, consent to) clients and criminal to hire security and other third parties to help us run our business.”

Advocates are arguing against Ontario’s Bill C-36, which they say prohibits the purchasing of sexual services and makes prostitution illegal. Meaning that paying for sexual services, or earning money from a business that profits from sexual services, is against the law.

Toronto Reacts to Call to Action

As always, people in Toronto have strong opinions on the situation, and many showed their support on Instagram.

“People have sued for worst. Do what you gotta do! Especially when so many of their clients are in high places,” one viewer wrote.

“It’s a situation that should be reviewed. They should be licensed, have health care, pay taxes,” Someone else added.

“Decriminalization would be the best option me thinks,” suggested another.