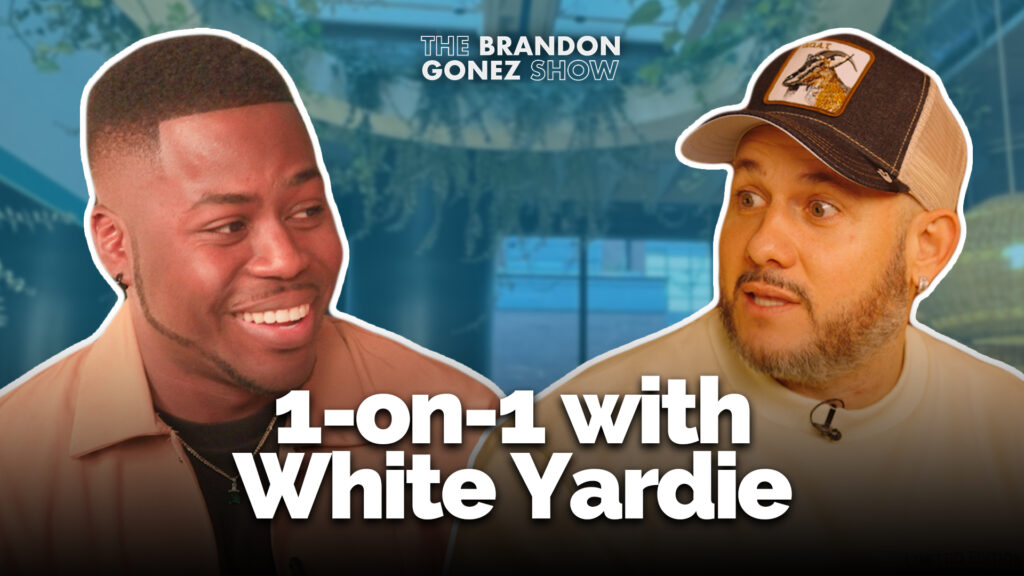 TORONTO – White Yardie has become famous not just for his humour, but also for his style. As his name suggests, the comedian is white Jamaican, speaking with a thick Jamaican accent and often using Patois. This week Yardie and Brandon headed over to Chubby’s and dug into why people think his accent is “a gimmick”, as well as his comedy heroes, his message for the haters, and more.

“Mi love Canada,” Yardie said, explaining that he has wanted to move to Toronto since he first performed in our city.

“It feels more at home here than when I’m in the U.K., if I’m honest,” Yardie continued, adding that he feels the vibe is better, and the people are nicer.

Yardie shared that he feels in the United Kingdom there are “gatekeepers” who decide who is allowed to participate in certain cultures, and who is not.

“People are quick to cancel people,” He explained, saying that many people are cancelled for taking part in activities belonging to cultures outside of their own.

“So Carnival, you’re saying that if you’re not from the Caribbean you can’t go to Carnival?” Yardie asked Brandon, sharing that he feels people around the world should be more open to sharing their cultures with other groups.

Born Harry Gregory, the comedian’s mother gave birth to her son in the United Kingdom. The pair moved back to Jamaica months after Yardie was born. He spent the next 18 years growing up on the island, living and learning Jamaican culture, and becoming fluent in Patois. His accent and use of the dialect have been the centre of controversy in the past.

This includes during an episode of “Unapologetic” when journalist Nicolas-Tyrell Scott asked Yardie when he “decided” to be Jamaican.

“My mother before me, she had a miscarriage. So when she was pregnant with me, she could have given birth to me in Jamaica. But where we lived the hospital wasn’t great, so obviously she had the opportunity to leave,” Yardie explained on the BBC show, adding that they returned to the Caribbean island when he was three months old.

He shared with Brandon that while these moments can be uncomfortable, he is at a point in his life where he feels comfortable educating people about his story and background.

Is it a Gimmick?

Since the very beginning, many people have accused Yardie of putting on an accent and pretending to be Jamaican. Online, the comedian has shared that “there is a difference between race and nationality” and says he is not concerned about what other people think because he knows the truth.

“I grew up in Jamaica from a baby all the way until I was 18 years old. Went to school and everything, so that is my foundation,” he explained to Brandon.

“It’s not like man just wakes up and pretends to be something,” he continued.

“Do you really believe that after all these years there’s nobody out there that’s upset with me from back in the day to come out and say ‘I know that guy, we went to school together, he grew up in the countryside in England somewhere!’?” he explained, saying that by now someone would have exposed him as a fake.

And he has one message for people who think he is putting on the accent.

“[Then] give me an Oscar, mi must win an award. This is probably the longest-running movie I’ve ever seen in my life,” he laughed, saying that if he was faking his lifestyle, he would be the greatest actor of all time.

Delving into his journey to become a comedian, Yardie shared that he was encouraged by the people who watched his videos on social media to pursue comedy as a career. He also shared that when he originally started posting videos to social media, he received a lot of support from Canadian audiences.

“It’s not like I set out to do comical videos, it just ended up that what I was saying, people found funny!” Yardie explained.

He credits social media for bringing him fame, saying that the ability to share videos with worldwide audiences through social media was a benefit at the beginning of his career. The Jamaican standup shared that there was a lot of curiosity about his identity as a white man who speaks Patois, as many people who have not visited the Caribbean have not seen people like him. He believes this helped to build his initial audience.

Yardie and Brandon discussed censorship and the evolution of comedy, his comedy idols, his wife and family, and more on this episode of The Brandon Gonez Show.

Read More »
PrevPreviousToronto Has Declared an Outbreak of Raccoon Distemper, Here’s What You Need to Know
NextDiscussing the Importance of Representation with “Sort Of” Star, Amanda CordnerNext
On Key 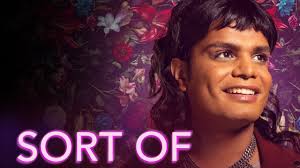 Discussing the Importance of Representation with “Sort Of” Star, Amanda Cordner

Season Two of “Sort of” Airs November 15, Photo Courtesy CBC TORONTO – Set in our city, Sort Of explores the complexities and joy of