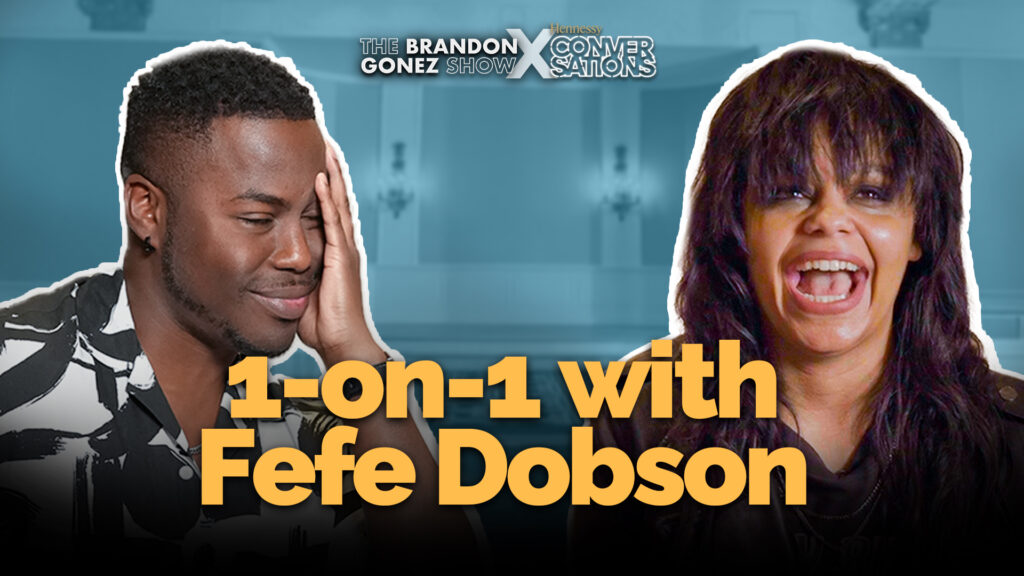 TORONTO – Canadian rock and roll wouldn’t be the same if it weren’t for Fefe Dobson. Born and raised in Toronto, Dobson broke into the Canadian music scene as a teenager in the 2000s. With her heart on her sleeve, and mascara running down her cheeks, she poured her blood, sweat, and tears into some of the pop-rock anthems we all know and love. This week Brandon was joined by Fefe for an intimate Hennessy Conversation where we learned even more about this open-book icon.

“For me growing up, I was always a sponge with music. I love music so much, I’ve always loved it, and it went from music theatre to rock and roll to pop,” Dobson explained, adding that her mother also had a large influence on her musical interests.

Bob Marley, Depeche Mode, Janet Jackson, and Phil Collins were just some of the artists Dobson grew up appreciating.

“My sister, who is eight years older than me, she was in her room rebelling. Listening to Guns N Roses, and Nirvana,” she shared, explaining that she would press her ear to her sister’s bedroom door and listen to her rock music.

“I remember Axel Rose holding that one note at the end of ‘Don’t Cry’ and I remember thinking ‘that note is never going to end – but it is amazing!’” Dobson laughed.

Fefe says that she believes the reason she gravitated towards rock music was the rebellious energy present in the music that wasn’t as commonplace in other genres. She explained that this excited her, as the Pisces queen saw it as a way to express her emotions.

“I’ve always had so much in me that I always wanted to express and I felt that the music that I’m doing for me really helped me do that,” she explained.

“I was given this, to me it feels like a gift when we are given something that is special to us. And it saved my life” Dobson continued.

Looking Back on Her Career

Releasing her first album as a teenager, Dobson shared that a lot of angst and heartbreak that she experienced throughout her childhood was poured into the album. Unforgiven, for example, was written about her father’s absence, and Revolution Song was about her homelife with her mother. However, she wrote songs about boys as well.

“Take me away was actually written about Justin Timberlake,” she giggled.

Dobson was blazing the way for future Black rock and roll stars in a genre where she was one of few Black Canadian stars. While she says they had many nay-sayers, Dobson and her team had a clear plan in mind when she began her career all those years ago.

“Always I felt like I had to prove myself, and it was constant,” she explained.

“Prove that I could rock harder than the boys, prove that were I was and my place was mine, and I deserved to be there,” Dobson explained.

She also shared that she had never had a boyfriend, or even a kiss before she began her career.

“All of a sudden I was put out in the world and boys were looking at me!” she laughed, adding that she soon entered her first serious relationship.

Seven years after the release of her first album, Dobson released Joy. The rockstar says that the album was named for how she was feeling about life at the time.

“The actual song Joy is about a really good-looking penis,” she shared coyly.

“It was the first time that I was like ‘wow, I’m actually happy,’” Dobson explained.

Speaking about her exes, Dobson shared that she has never had an ex reach out to ask if a song was written about them, which she finds surprising.

Happily married since 2019, Dobson has been with rapper Michael Atha, known more widely by his stage name Yelawolf, since 2010.

“Off and on,” she clarified, adding that marriage is interesting.

“We’ve been together for so long that I think he probably imprinted on me when we first met, like Twilight,” she shared.

“He gets my crazy, and I get his crazy,” she explained, adding that in order to choose music as a career, she believes you have to have a crazy thought process.

“You have to be a little bit out of your mind to even manifest that that would happen!” Dobson added.

Brandon and Fefe dug into everything from why her second album never dropped, to when we can expect new music on this Hennessy Conversation. Let’s leave this Canadian rock and roll queen her flowers in the comments.

Read More »
PrevPreviousTaresh “Bobby” Ramroop’s Family Call for Answers After His Death During an Interaction with Police
NextShould Canada Crackdown on Hidden Fees for Concert Tickets?Next
On Key 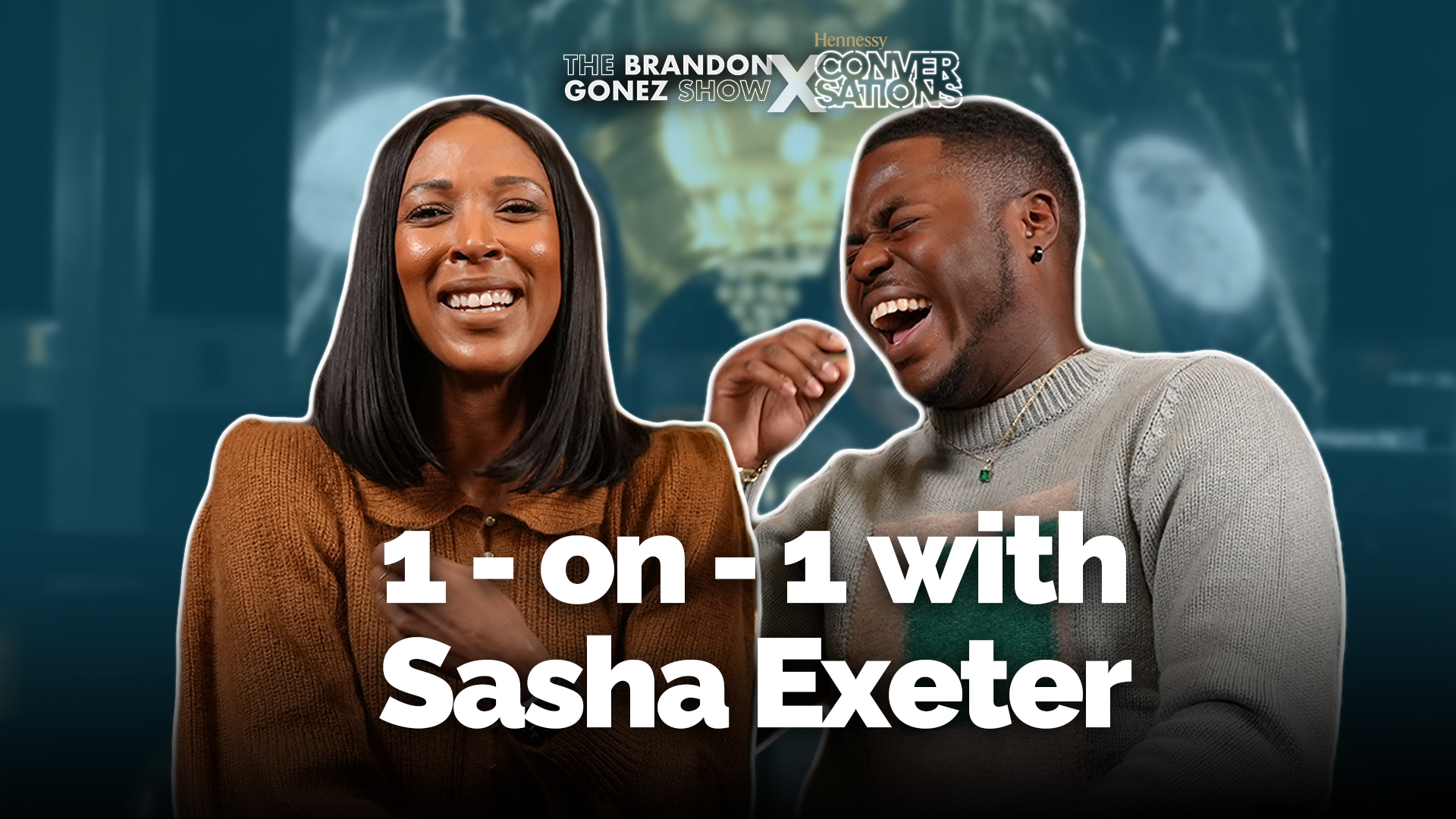 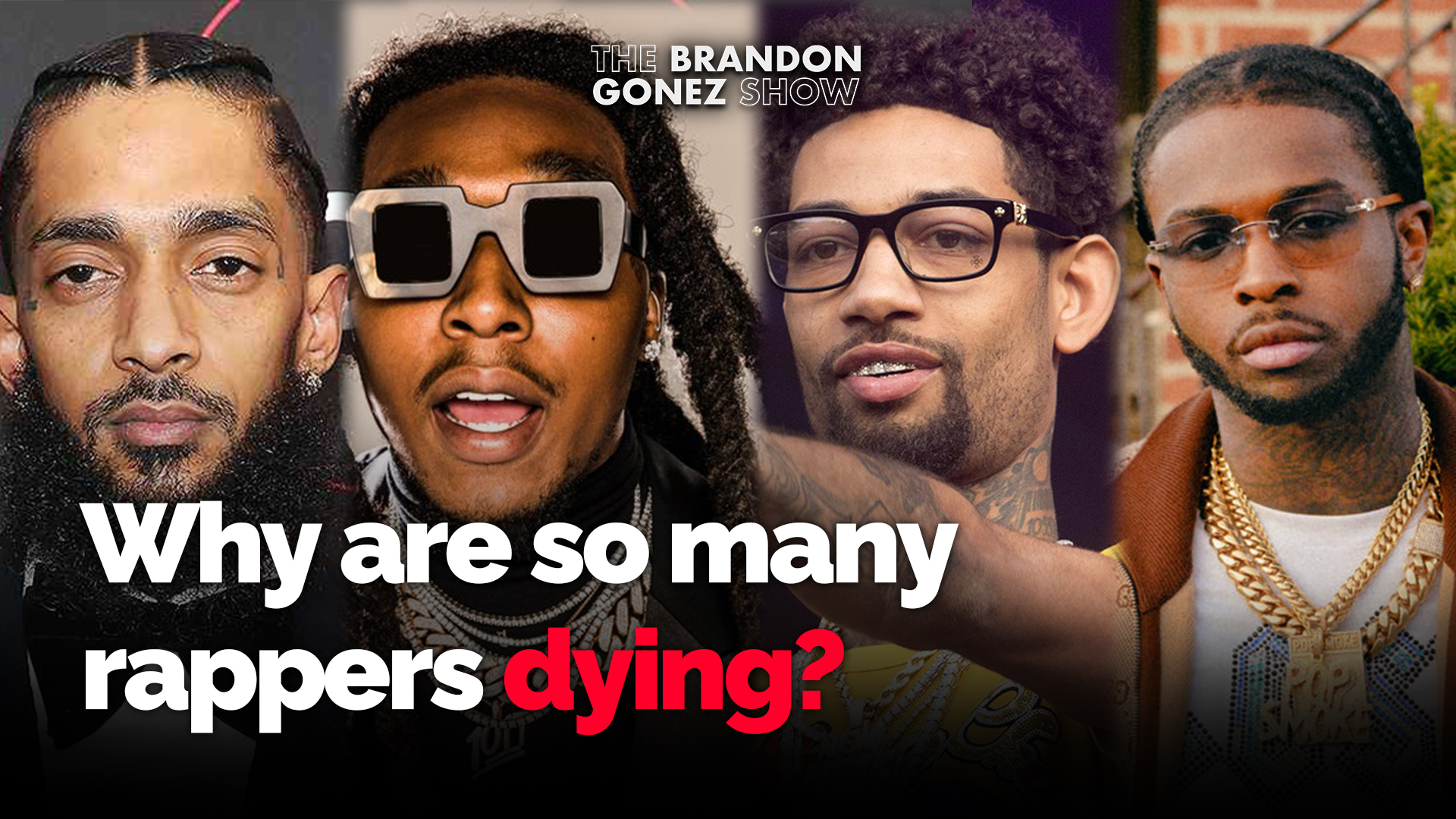 Why are so Many Rappers Being Killed?

UNITED STATES – Known by his stage name “Takeoff”, 28-year-old rapper Kirshnik Khari Ball was shot and killed during a private party at a bowling