Toronto Granny Goes Viral for Sharing Why She Doesn’t Vote! 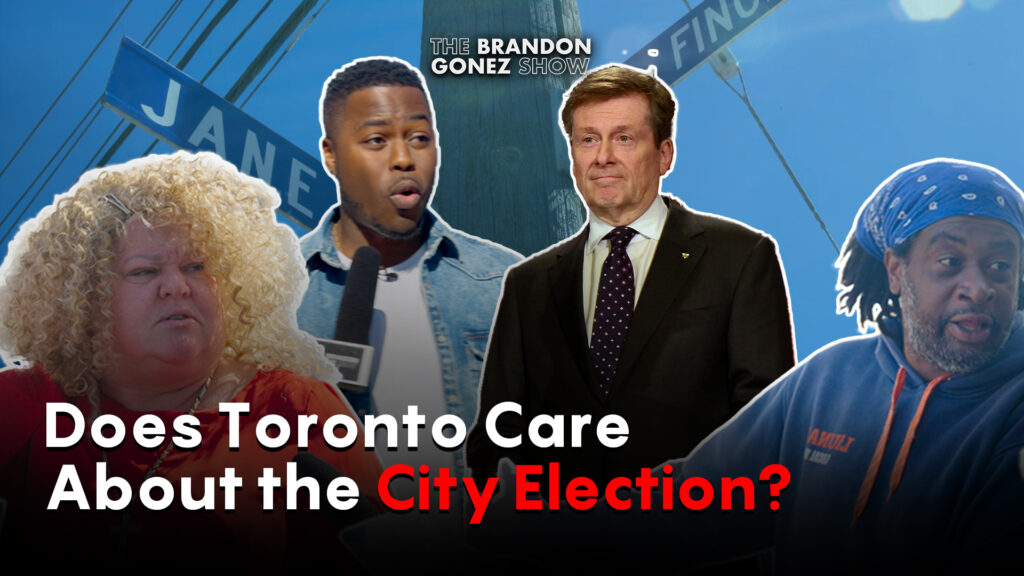 TORONTO – It’s that time again! Torontonians are heading to the polls, this time for the municipal election, on October 24th! But we have some important questions as we get closer to voting day, such as: does anyone know what’s happening? And do they even care?

We headed down to the Humber-Black Creek area which had some of the lowest voter turnout in Toronto’s last election. We spoke to residents at Jane and Finch about whether they were voting this year, what issues matter to them, and if they’re even paying attention.

When questioned, many people in Toronto shared that they won’t be casting a ballot this year.

“All of these parties are all the same thing and they don’t care about any human being. White, Black, Asian, it’s run by psychopaths, that’s just my opinion,” shared one woman who said that she does not vote.

“No matter who you vote for, they don’t do anything for this community. We had events going on in the community, recently this past weekend. Did I see any of the candidates there?” Asked one man.

“They don’t care about the community and I don’t care to vote for them,” he added.

“Not at all me son!” shared one loveable granny.

“Me can’t even walk and you want to talk to me about election?” she continued

“No I’m not gonna vote for any of them. Because it doesn’t matter who you elect in. If the candidates are not real candidates to me, what’s the purpose of voting? The end result is going to be the same,” one woman shared.

“If you’re going to run for election show me your imperfections. I don’t want want to hear all of the gravy, tell me all of your imperfections and how you rose and came from it to be the politician. If you don’t have that I’m not interested in you!” she continued.

Toronto Election: Residents Share Which Issues Matter to Them

“Gun violence, they shoot up by our house all the time,” one woman shared.

“Because I live in the hood, I live at Jane and Finch,” she continued.

Many people shared that they want to see support for young men, and those involved in criminal activity in the neighbourhood.

“They don’t have anyone to give them good ideas, the young people need that,” shared one woman.

“Let them create something for them to do other than being in the mall, going around doing bad things, they have to focus,” shared another.

There are considerable changes happening over at Jane and Finch, including the development of an LRT system. But Toronto construction takes a long time, and many in the area have nothing but bad feelings towards the development.

“There’s a lot of hit and runs and people just driving off,” pointed out one woman.

Will you be voting in this election? Let us know in the comments!

Read More »
PrevPreviousBlack Civil Servants in Canada Call on the U.N. to Address Anti-Black Discrimination
NextHere are the Candidates with the Highest Following Heading into this Year’s Election!Next
On Key