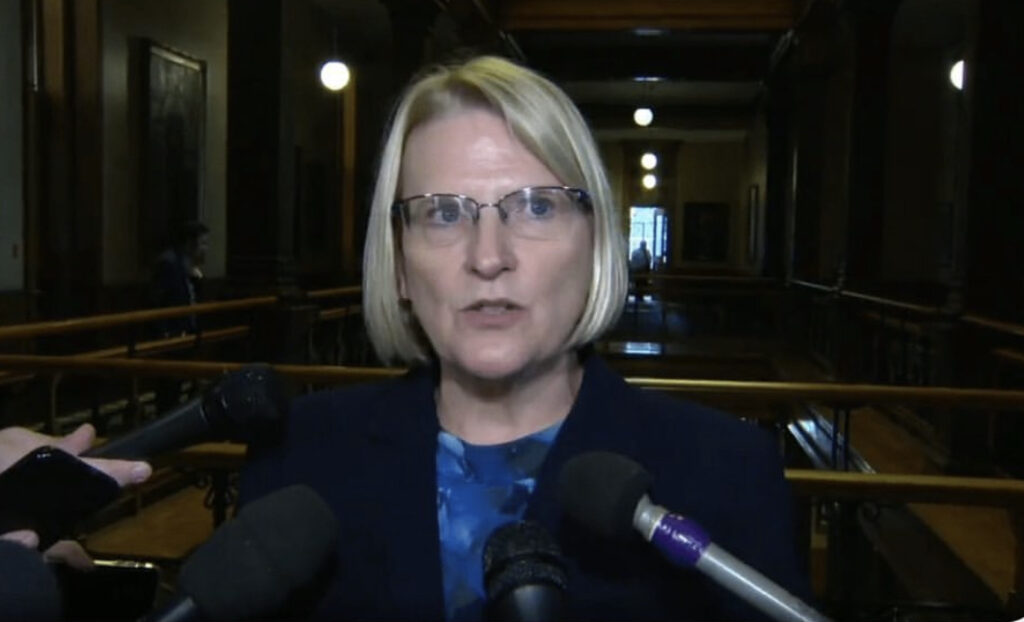 ONTARIO – Ontario’s health care system is struggling to say the least. Surgical delays, burnt-out health care workers, and closing hospital ERs and ICUs, are all causing Ontarians across the province to look to their government for an action plan.

While taking questions from reporters, Jones was asked if Ontario’s health care system will remain public. She said that the provincial government is “looking at options” but did not directly reference privatization.

Online, many people are not impressed with Jones’ response.

“Typical answer from a politician. No direct answers. But they’ll continue to pat themselves on the back for how hard they’re working,” tweeted one person.

While others are worried that Ontario’s health care system will become more similar to the system in place in the U.S.

“I don’t understand how they can look at places like the U.S and even entertain the idea of private health care,” wrote on Twitter user.

“We are heading down a slippery slippery and at an alarming rate, not good. Stay healthy as you can’t count on a good system to be there anymore,” posted another.

However, disability advocates say that at a time of rising cost of living and inflation, a 5% increase is nowhere near enough.

“It won’t even cover the increased costs for inflation. It literally does nothing but check mark something off a list for Ford,” wrote one person on a Reddit thread dedicated to ODSP.

“To most people a 5% raise in pay would be great for a yearly raise. If you told them it was $58.45 a month they’d scoff and go look for another job,” the post continued.